According to the booking record, Jenelle was locked up for driving without a license. She was there from just after 2 in the afternoon until 4 before posting $237 in bail. Still, that was enough time for authorities to take a new mug shot of Jenelle. 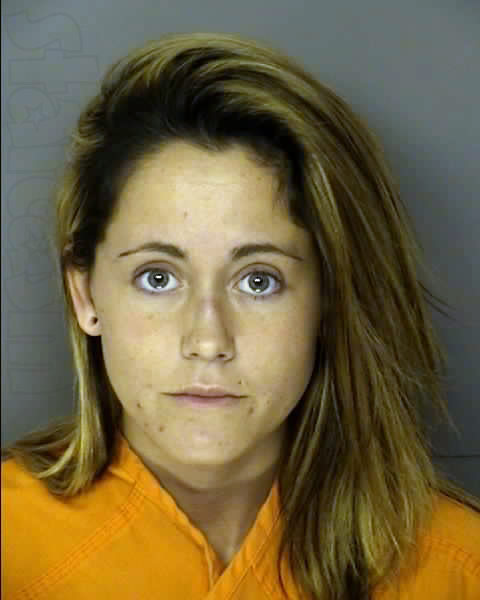 After getting out, Jenelle retweeted a friend who explained the mother-of-two didn’t realize she did anything wrong until she was busted by South Carolina Highway Patrol.

“Yall chill,” Jenelle’s friend said. “She paid a speeding tick 3 days late in 2013 &license was just suspended recently&she had no idea.It’s cleared up It’s all good.”

“How r u going to suspended my license becuz a seat belt ticket was paid 3 days late back in 2013 ?! Soooo the NC DMV suspends my license last month then doesn’t tell me?! Niiiiice,” she said. “Got my license back tho.”