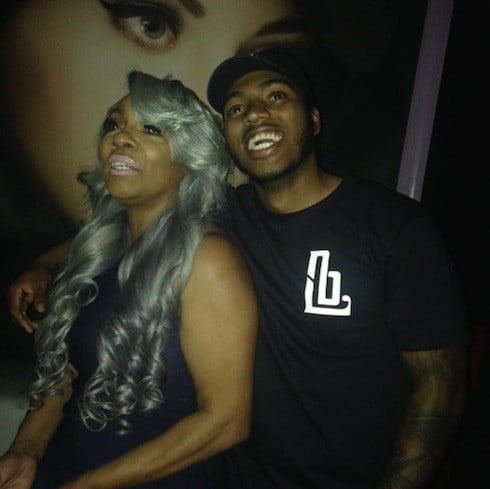 This week’s Karen King arrest update is a busy one, as the Love and Hip Hop Atlanta star has been active on social media following her booking on three charges last week. The trio of charges for which Karen was arrested all stem from a 2015 shoplifting charge pursuant to which she allegedly committed forgery and identity theft.

In case you missed it, here’s a rundown of what’s been happening with Karen over the past week. Last Tuesday, she was arrested by police in Fulton County for her alleged involvement with a series of crimes that took place in the summer of 2015. The police report states that one Bianca Fairchild contacted the Atlanta Saks Fifth Avenue after she noticed unfamiliar charges from the store–totalling $6,151.58–on her credit card. The investigation of those charges led to a sting that netted Karen and a Saks employee, who’d been working in cahoots to pilfer goods via both credit card fraud and simple shoplifting. 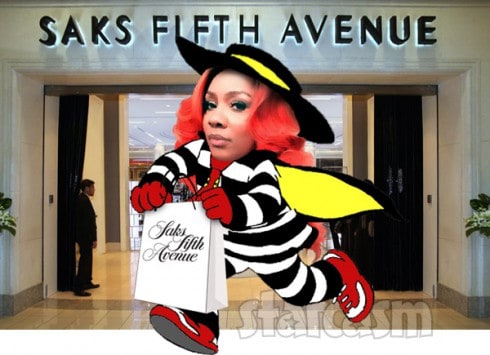 Following her surprise arrest, Karen issued a statement proclaiming her innocence, and, in typical chin-up fashion, further explained that she saw no reason not to take this case all the way to trial. “I’m not going to go to court and plead guilty,” Karen declared,”just to make this go away because I’m on TV now. Therefore, I’m going to trial.”

Karen further issued a warning to the chief witness against her (and did so after being instructed not to contact any of the witnesses!). It’s difficult not to read her message like a threat: “You don’t know me like that…if you did anything to implicate me, you’re going to have to testify.”

Now, Karen has taken to social media to offer further evidence that she’s unruffled by the charges against her–even though those charges could result in a 30-year prison sentence. The first of her three statements came this past Tuesday, shortly after she’d been released on bail:

#PLEASEDONTCALLTHEPOLICE (Listen Y’all got to stop this bullshit let me live please, I been on this grind my whole life, I’ve paid my dues in every way possible it’s nothing anyone can do to stop me Last week Monday I went to jail like a proud woman, I walked to the police car like I was walking the red carpet, when the cops rolled up on me I thought they were coming to tell me my baby was dead when they said u r under arrest I was happy( I’m protected by a force that can’t be penetrated) GOD ( I’m going to win no matter what

After that, Karen posted a curiously timed photo of herself with a uniformed police officer. It’s not clear exactly when the photo was taken, but the implication was that this was one of the officers who’d arrested her only days before:

Dam did y’all hear me #pleasedontcallthepolice and do what #letmelive thank u Andre u are so sweet it was my pleasure to take a picture with u since nobody listens, at least there were no handcuffs involved . I’m good y’all no warrants @vh1 @vh1lhhtea @theshaderoom @balleralert @therealhousewivesofatlanta @sas_nbl

Finally, Karen shared a short video featuring her thoughts on the developing situation, and on her own legal peril:

“I only got one son on the street…there’s only one person left,” Karen begins. “And when they came in that bathroom like that [to arrest me], I almost fell to the ground, because I thought they was gonna tell me my son was dead….I was so f*ckin happy my son wasn’t dead, and I was goin to jail, I didn’t know what to do.”