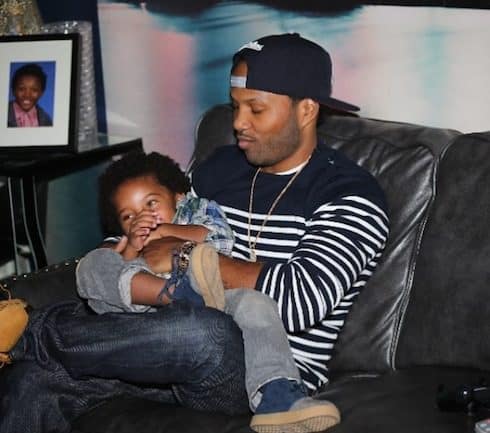 For the second time in eleven months, Love & Hip Hop New York star Mendeecees Harris has appealed his eight-year prison sentence on drug trafficking charges. And, though it looks like Mendeecees may have managed to have a year trimmed from his sentence, the verdict has been the same both times.

So, did Mendeecees Harris get out of jail? The Rochester Democrat and Chronicle was the first to report on the U.S. Court of Appeals for the Second Court’s denial of Mendeecees’ 2018 appeal. Mendeecees’ attorneys tried a similar argument to the one they made last year: that “a change in sentencing recommendations around the time of his sentencing” should be retroactively applied.

If successful, Mendeecees’ lawyers’ arguments would have reduced his sentence by as much as three years.

The judges’ decision “reaffirmed” that of Judge Frank Geraci’s lower court ruling last year. Geraci also noted that the terms of Mendeecees’ plea deal stated his sentence would not be reduced after he began serving it.

Neither Mendeecees nor Yandy Smith-Harris have made any public comment since Mendeecees’ appeal was denied. Based on what she said following the fake marriage debacle in LHHNY Season 7, though, it seems unlikely that Yandy would abandon Mendeecees now.

In related news, Mendeecees has been moved to the Fairton Federal Correctional Institute in New Jersey, which states that his release date is November 28, 2020. Since it used to be November 28, 2021, it looks like Mendeecees’ release date may have actually got moved back a year at some point — though not far enough for the LHHNY star and his family.

You can read the full verdict on Mendeecees Harris’ second appeal here.

(Photo credits: Did Mendeecees Harris get out of jail via Instagram)

Rich Dollaz to IG commenter: ‘kill yaself sure ya kid would be better off n the states hands’