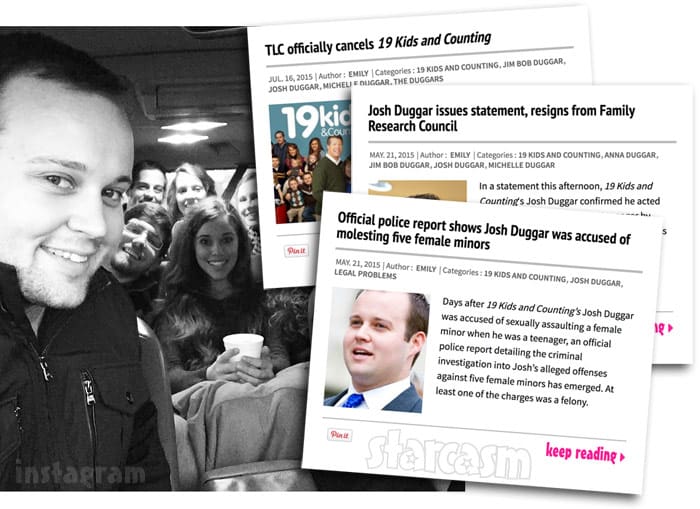 It has been almost two years since it was revealed that 19 Kids and Counting star Josh Duggar had allegedly molested five girls when he was a teenager, four of which were his sisters. The story dominated headlines for months and quickly led to TLC canceling the series as well as Josh resigning from his job with the Family Research Council.

InTouch broke the story and published the police incident report from the investigation in May of 2015. In a Washington Post article about the tabloid’s coverage of the scandal, InTouch editorial director David Perel explained how the story came together. “This all comes from good, basic journalism,” he said. “It comes from being there. It’s knowing where to attack and where to start digging.”

The Duggar story came together quickly over a three-week period, said Perel, a veteran tabloid editor who joined the publication in late 2013 after guiding both the National Enquirer and Radar Online. He won’t name the magazine’s sources, but a woman named Tandra Barnfield apparently was a helpful guide.

Now a woman claiming to be the original source for InTouch is coming forward, motivated by the recent 20/20 documentary on gay conversion therapy. “I’m going confess/admit to y’all something that I did a couple of years ago that not very many people know was me,” Sherri Townsend wrote on Facebook. “I told a reporter from In Touch magazine about Josh Duggar’s molestation/ pedophilia of his sisters and others, which broke the story and ultimately caused his resignation as the head of the Family Research Council and got his family’s hypocrisy filled show cancelled. Yep, that was me and I’m not at all sorry that I did it.”

Sherri then explains why she decided to come forward after all this time:

However, sitting here sick to my stomach from watching last night’s 20/20 expose on conversion therapy camps, I can see that hateful religious bigotry is still alive and well and that the dangerous hate group, the Family Research Council, has doubled down on promoting their brand of bigotry causing terrible harm to countless people. THEY NEED TO BE BROUGHT DOWN. That group is true evil!!! Bringing them down will now be added to my list of causes!!! 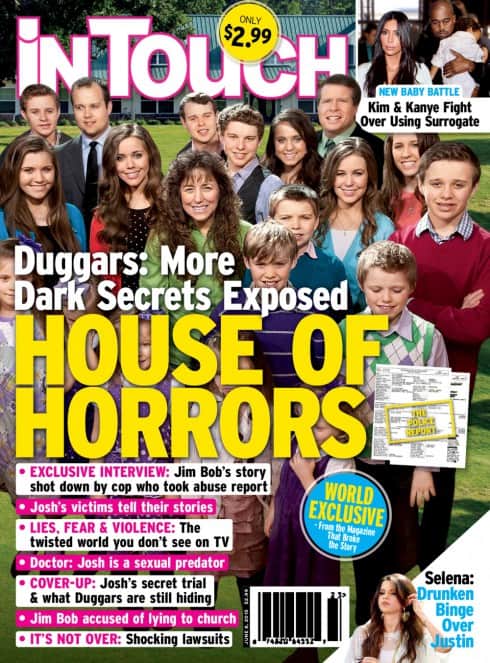 Sherri’s post was shared on the “Duggar Family News: Life is not all pickles and hairspray” Facebook page, and numerous people asked in the comments section how Sherri knew about Josh and the police investigation. “She lives in Springdale and she said it was pretty common knowledge in that area,” explained the page admin. “She told InTouch, for no money, after Michelle’s gay hating robocalls and InTouch found the court documents.” (InTouch editorial director Perel also said that their sources were not paid, although he acknowledges that InTouch does pay for some stories.)

Sherri’s claims also line up with the InTouch source mentioned in The Washington Post article:

Barnfield was contacted by an InTouch reporter, Melissa Roberto, earlier this year after Barnfield posted a photo on Instagram of her kissing her wife, Samantha Muzny, in front of the Duggars’ home near Springdale, Ark. The photo — a protest, Barnfield said, of Michelle Duggar’s role in promoting opposition to an anti-discrimination initiative last year — had gone viral.

During their conversation, Barnfield, who lives in the Houston area but has family in Springdale, told Roberto about the police report. “It wasn’t like it was a rumor to us,” Barnfield said in an interview. “We knew all about it. . . . It wasn’t hard to get it. You just had to know where to look.”

You may recall that the original police investigation was thanks to another tipster who informed Harpo Productions about Josh after the Duggar family filmed a segment with Oprah Winfrey. From our previous post:

According to the police report obtained by InTouch, the initial accusations about Josh came to light in 2006, shortly after the family filmed an Oprah segment, which never aired. Someone from Harpo Productions was tipped off by an anonymous person who claimed Jim Bob Duggar had been hiding the secret for years. Harpo forwarded the anonymous email to authorities, who launched an investigation.

Despite the cancellation of 19 Kids and Counting, the Duggar family is back on TLC in the spin-off series Counting On, which has yet to feature Josh.

PHOTO Anna Duggar and Jessa Seewald show off their baby bumps, confirm Anna is past her due date