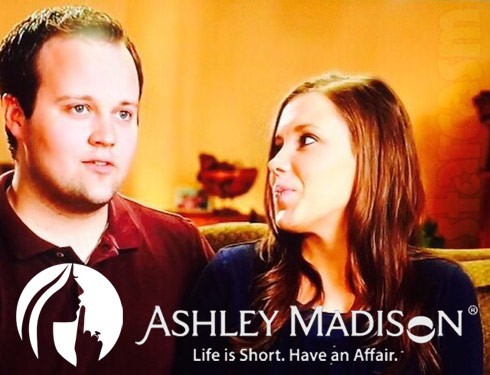 If it was possible, it seems things have gone from bad to worse for former 19 Kids and Counting star Josh Duggar: After losing his job and reality show in the wake of revelations he molested five underage girls when he was a teenager, a new report indicates he paid nearly $1,000 throughout the past two years for an Ashley Madison account.

According to Gawker, newly leaked information from the site for people seeking extramarital affairs includes details about a “Joshua J. Duggar” who was using a credit card linked to Josh’s addresses. That person paid $986.76 between February 2013 and May 2015 for a subscription.

The leak also reveals he sought a “stylish/classy” partner for: “Conventional Sex,” Experimenting with Sex Toys,” One-Night Stands,” “Open to Experimentation,” “Gentleness,” “Good With Your Hands,” Sensual Massage,” “Extended Foreplay/Teasing,” “Bubble Bath for 2,” “Likes to Give Oral Sex,” “Likes to Receive Oral Sex,” “Someone I Can Teach,” “Someone Who Can Teach Me,” “Kissing,” “Cuddling & Hugging,” “Sharing Fantasies,” “Sex Talk.”

Around the same time Josh moved from Arkansas to Maryland with his wife and children for a position with the Family Research Council, he paid for a new account with an “affair guarantee.” The website promised they would refund that $250 fee if the customer didn’t “have an affair within three months.”

The account associated with Josh was deleted in May, the same time his teenage police records were revealed. When that information was released, Anna Duggar said she supported her husband.

“[I know] who Josh really is – someone who had gone down a wrong path and had humbled himself before God and those whom he had offended,” Anna said in May of the Josh’s “teenage indiscretions.” They have since welcomed their fourth child and are residing in Arkansas.

The family has not responded to the new report.

BEFORE & AFTER Derick Dillard’s weight loss sparks concern among fans