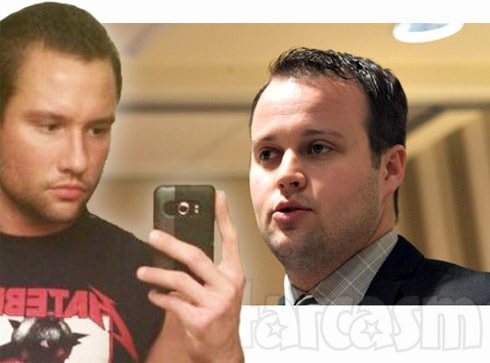 Josh Duggar has been served in connection to the ongoing lawsuit against him for stealing a man’s image and using it as his profile picture on dating sites and social media.

The controversial eldest son of Michelle and Bob Duggar was served papers earlier this month in connection with the lawsuit filed by Los Angeles-area DJ and former model Matt McCarthy.

In the papers obtained by InTouch, McCarthy is arguing that Josh’s use of his image has resulted in loss of work, harassment from the public and prolonged pain and embarrassment.

Duggar became mired in scandal after it was revealed by Gawker that he had paid memberships to Ashley Madison, a dating site that helps married people have affairs. Shortly after, Gawker was tipped off that there was an OkCupid profile with almost the same identical email handle. This OkCupid profile featured an image of McCarthy that was taken from Facebook previously.

People reports that McCarthy accuses Duggar, who is expecting his 5th child with wife Anna Duggar, of using his image on Ashley Madison and Twitter as well.

Will Josh Duggar be on Counting On this season? Surprise reality return rumored for wedding episode