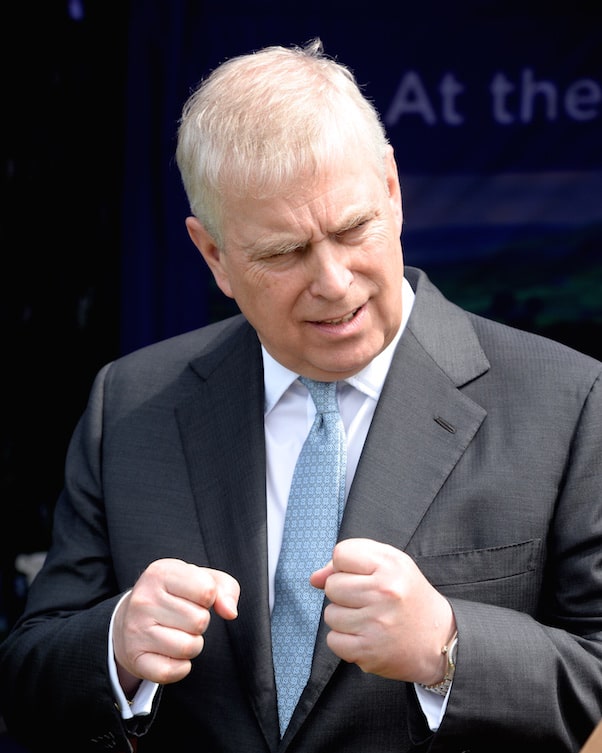 LAINEY GOSSIP – Prince Andrew is more or less claiming that he couldn’t have raped a teenager because he used to not be able to sweat. And though Prince Andrew’s sweat glands are the instantly viral takeaway from his disaster of a BBC interview, they’re hardly the only shocking moment — something that this helpful breakdown will make very clear

JEZEBEL – Felicity Huffman offered a sincere apology for her actions in the college admissions scandal, served her (short, but still) prison sentence, and is back to her normal life. Lori Laughlin, on the other hand, hasn’t offered a single word of apology, or any other word at all — which, given her films’ target demographic, is pretty surprising

THE ASHLEY’S REALITY ROUNDUP – Stassi Schroeder revealed a bunch of new details about her wedding in the run-up to this year’s BravoCon. Among them: the wedding will be crime-themed (swell); she’s getting married in the autumn because she refuses to sweat (weird hill to die on, but OK); and she thought having an overseas wedding “would actually make [the planning] easier”

CELEBITCHY – No one who knows the real reason is saying why Donald Trump paid an unexpected, unannounced, rushed visit to the Walter Reed Medical Center over the weekend — but “a fat, old, senile man being rushed to the hospital out of nowhere on a Saturday morning just indicates that something else was going on.”

REALITY TEA – Jill Zarin says she’s “done” trying to get back on Real Housewives of New York, in part because she “could never live up to the fans wanting [her] to come back”

THE BLAST – Speaking of the Real Housewives and BravoCon, here’s why Porsha Williams was BravoCon in a wheelchair this year

GO FUG YOURSELF – Damn, we’re already at “closes out the year”-levels of celebrity coverage? I know there’s only six weeks left in 2019, but that still seems a bit rushed. (Related: Renee Zellweger looks fantastic on the cover of In Style‘s end-of-year issue)