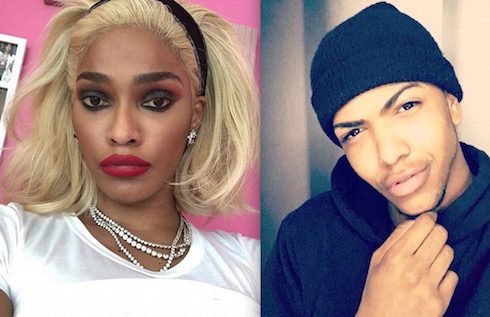 Things have gotten pretty strange in the world of the woman who was once Love & Hip Hop Atlanta‘s biggest star. Joseline Hernandez’s hairdresser claims Joseline is “broke AF” and a regular cocaine abuser — and that she still owes him money to the tune of $400. Then, when she clapped back, he brought his receipts.

Before we get there, though, a quick ICYMI primer. Last year, within the span of one month, Joseline debuted her infant child Bonnie Bella to great public acclaim; she found herself on the receiving end of a restraining order from Mimi Faust, who called Joseline a “complete a$$hole” and demanded she stay away from Mimi and Stevie J’s daughter Eva; and then she quit Love & Hip Hop Atlanta in something like a blaze of glory.

Joseline said she wanted a serious music career, and claimed she didn’t need the show to get it. But, for the rest of 2017, the most sustained attention her music got came from two diss tracks — one aimed at LHH creator Mona Scott-Young, the other at LHHNY alum Cardi B — and both of those explosions fizzled.

So — keeping that in mind, here’s the deal with Adrien Williams, Joseline Hernandez’s hairdresser. Adrien took to Instagram after Joseline paid a recent visit to his chair, and accused Joseline of shorting him $400 worth of hair and / or hair care products.

Adrien added that Joseline is “broke AF and a mess,” and apparently suggested that her heavy cocaine intake might be part of the reason for her behavior.

Allegedly, Joseline then sent Adrien a message demanding he delete everything he’d said. Instead, the man doubled down and sent his receipts over to Fameolous, which promptly put them before a wider audience:

Joseline allegedy owes this person money @flexrolex. They contacted #Fameolous with receipts. @joseline they say they want their money. Swipe to see. They've made attempts to contact Joseline only to get blocked by her. Should she pay? #joseline #joselinehernandez #steviej #adrien #badboyzclub6 #runmemymoney #lhhatl #ranoffontheplug

And, just this afternoon, Adrien resumed firing shots of his own, posting what appears to be a recent picture of Joseline wearing what Adrien says is hair from his own company, Treasure Tress Hair:

Hair from my hair company @treasuretress_hair ? y'all stop being bored

As of this writing, Joseline has yet to respond to any of Adrien’s allegations publicly.