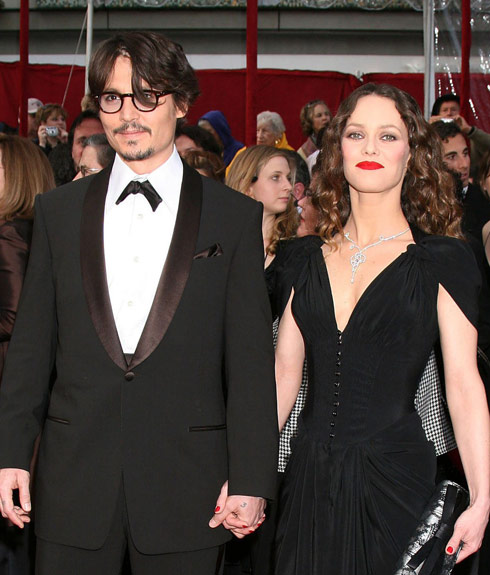 What has long been rumored is now official, Johnny Depp (49) and Vanessa Paradis (39) have parted ways.

Depp has always battled fame and the limelight brought about by his stardom and the official statement reflected that sentiment:

“Johnny Depp and Vanessa Paradis have amicably separated. Please respect their privacy and, more importantly, the privacy of their children.”

Johnny and Vanessa were together for 14 years but their crumbling relationship wasn’t much of a secret as the two were pretty much living separate lives once they moved from France to Los Angeles. It had been well over a year since the couple appeared on a red carpet together, but just this May Johnny Depp denied any trouble. At the Dark Shadows premiere he insisted: “No matter what I say about this, people believe the opposite. I can’t say enough about it not being over.” There were rumors this April of Johnny seeing his Rum Diaries co-star Amber Heard, when she was seen boarding Johnny’s private jet. Of course, Heard, who is bisexual, could have just been handing out with Johnny for business, or friendship. He was also linked to Ashley Olsen this March.

Paradis once explained to Elle why they never got married:

“I love the romance of ‘let’s get married,’ but then, when you have it so perfect … I mean, I’m more married than anybody can be – we have two kids. Maybe one day, but it’s something I can really do without,”

Depp and Paradis have two children together, Lily-Rose, 13, and Jack, 9.