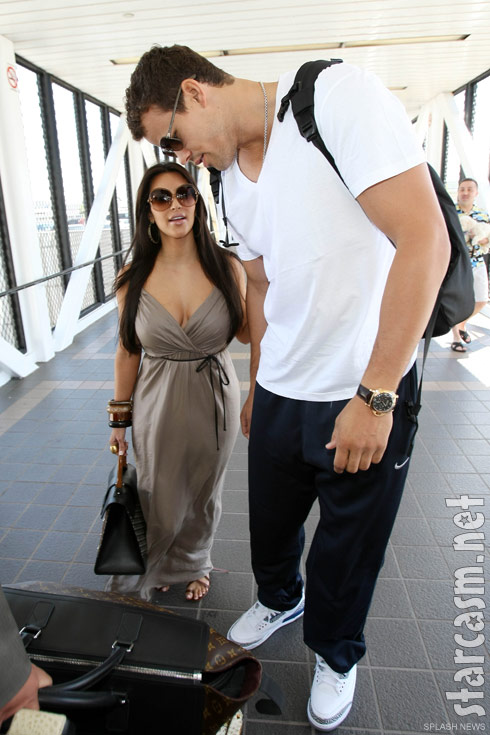 The rumors that I was dismissing as just promotional propaganda are surprisingly true. Kim Kardashian is filing for divorce from NBA baller Kris Humphries!

Ryan Seacrest made the following tweet that is sending shockwaves through the celebriverse:

This high profile marriage lasted all of 72 days as the official date of separation will be today, October 31st, 2011.

Kim and Kris were married on August 20 in a monster ceremony that is reportedly to have cost around $10 million. Kim had a prenup and is citing the standard irreconcilable differences as the reason for the split. She has hired heavy hitter attorney Laura Wasser who has went to bat for Britney Spears, Angelina Jolie and Ryan Reynolds among others.

Nothing about what is being reported so far indicates any feeling of extreme bitterness or anger between the two. It looks like they just realized it was probably a bad idea.

We’ll update you once more info comes in which I’m sure it will.

“After careful consideration, I have decided to end my marriage. I hope everyone understands this was not an easy decision. I had hoped this marriage was forever, but sometimes things don’t work out as planned. We remain friends and wish each other the best.”