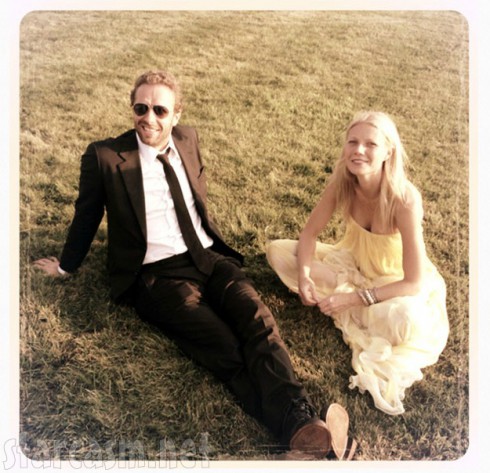 Gwyneth Paltrow and Chris Martin have “consciously uncoupled” after 11 years of marriage, they announced on Gwyneth’s lifestyle website today.

“It is with hearts full of sadness that we have decided to separate. We have been working hard for well over a year, some of it together, some of it separated, to see what might be possible between us, and we have come to the conclusion that while we love each other very much we will remain separate,” Gwyneth and Chris said in a statement on Goop, which has since crashed. 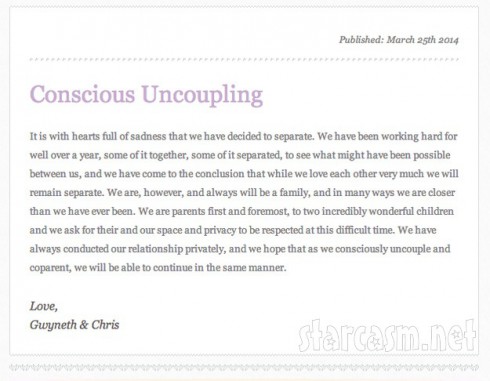 Gwyneth became the subject of heightened cheating rumors last year, as “inside sources” claimed Gwyneth was so intent to quell a Vanity Fair exposé because it would reveal she had an affair. Fortuantely for her, Vanity Fair‘s Graydon Carter went with a much less severe version of the article than many people expected.

Last month, there was an anonymous tip posted on Whisper, a secret-sharing app, that Gwyneth was carrying on a relationship with entertainment lawyer Kevin Yorn.

Gwyneth and Chris likely decided to separate rather recently, considering they purchased a $14 million home in Los Angeles earlier this month… Unless it is just intended for one of them.

Gwyneth and Chris married in 2003. They are parents to Apple and Moses.