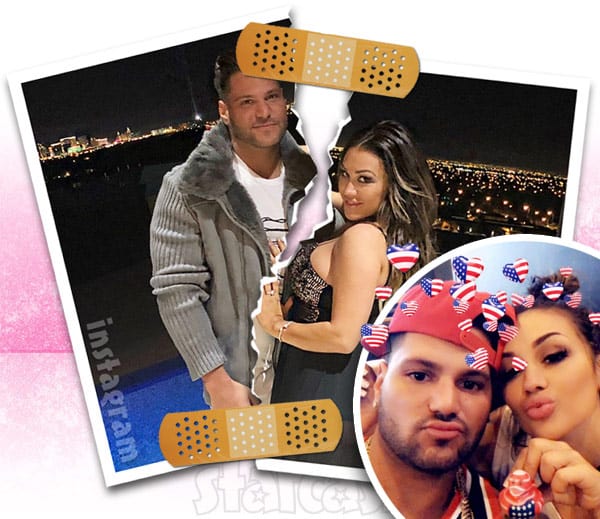 Just like his days on the original incarnation of Jersey Shore, Ronnie Ortiz-Magro is once again involved in a very volatile, on-again-off-again relationship. That relationship is with Jen Harley, the mother of Ronnie’s three-month-old daughter Ariana, and it appears to be back on again as the two celebrated the 4th of July holiday together in New Jersey. 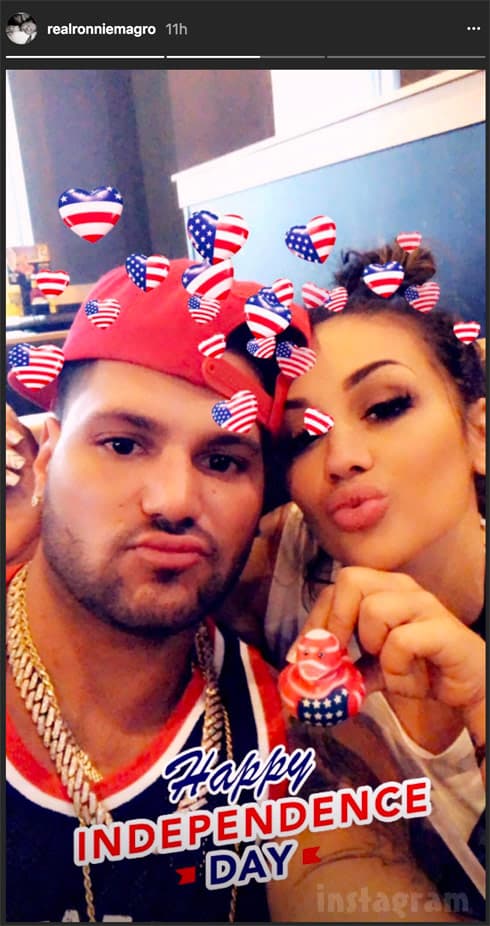 Ronnie shared the red, white, and blue-themed photo with Jen (above) on his Instagram story on Wednesday along with the message: “Happy INDEPENDENCE DAY!” In the picture, Jen and Ronnie both make duck-lipped kissy faces as she holds a US flag rubber duck. Ronnie added a 4th of July filter that swarmed both of their heads with 3-D American flag hearts to finish off the patriotic pic.

The photo was sandwiched between a couple of brief video clips of the Jersey shore in Ronnie’s stream, giving away the couple’s location.

UPDATE – TMZ has confirmed that Jen flew out to New Jersey to be with Ronnie, but their sources tell them “Ronnie and Jen are not officially back together at this point. They’re simply working things out for the sake of their daughter, Ariana.”

The rest of the cast of Jersey Shore: Family Vacation have been spotted over the past few days in the show’s original hometown of Seaside Heights, New Jersey filming for the second season of the franchise reboot, but Ronnie had been M.I.A. as he reportedly recovered from injuries sustained when Jen allegedly dragged him with her car during an altercation in Las Vegas on June 25.

Jen was later arrested and charged with domestic battery in relation to the car dragging incident, but prosecutors do not plan to pursue the case due to insufficient evidence.

Even with the couple’s history of violent outbursts followed by reconciliation, the lovey-dovey Independence Day photo comes as a bit of a surprise to many as Ronnie was reportedly looking to pursue custody. Right after the car dragging incident, Ronnie took over parental duties for daughter Ariana (with the help of his mother), and he was looking to pursue a permanent 50/50 custody arrangement.

Sources close to the ‘Jersey Shore’ star and Jen Harley tell TMZ … their baby girl, Ariana, has been staying with him since the ex-couple’s nasty fight last weekend in Vegas, for which Harley was arrested for domestic battery.

We’re told Ronnie’s mother has been helping with the babysitting and they are still allowing Jen to see Ariana … but Ronnie and Jen aren’t talking much unless it’s about their daughter’s needs.

What do you think — will Ronnie and Jen be able to make their relationship work given their volatile history? How much time do you give them before they break up again? (“Never” is a viable answer — albeit a very optimistic one, to say the least.)

While you ponder your prediction, here is our continually updated Ronnie Ortiz and Jen Harley relationship timeline, beginning with the birth of their daughter Ariana: 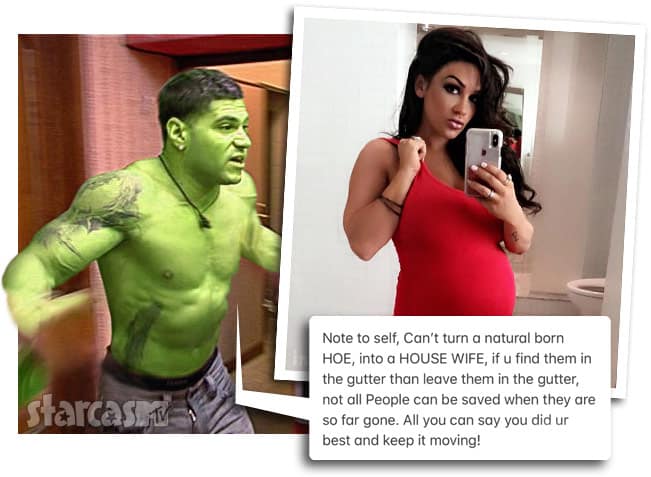 APRIL 29 – Ronnie and Jen get in a nasty fight on social media, call each other “hoe” & “coke head”