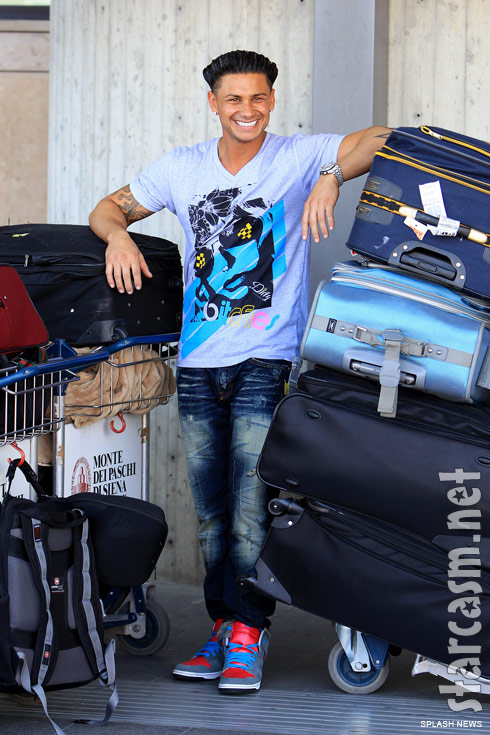 The cast of Jersey Shore can now officially be added to the long list of Italian invaders that includes the Byzantines, Franks, Visigoths and even the Allied forces of World War II. The invasion consisted of two strategic gender-based waves that began with the elite Guido Force consisting of Mike “The Situation” Sorrentino, Paul “Pauly D” DelVecchio, Vinny Guadagnino and Ronnie Ortiz-Magro. 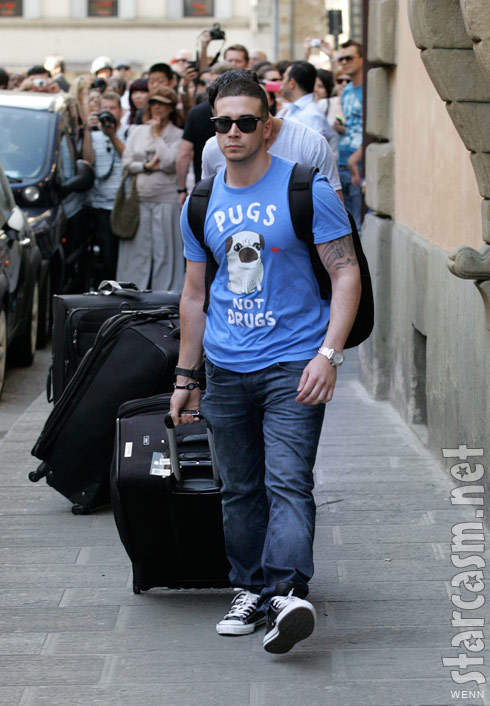 ^ Vinny Guadagnino in a “Pugs not drugs” shirt 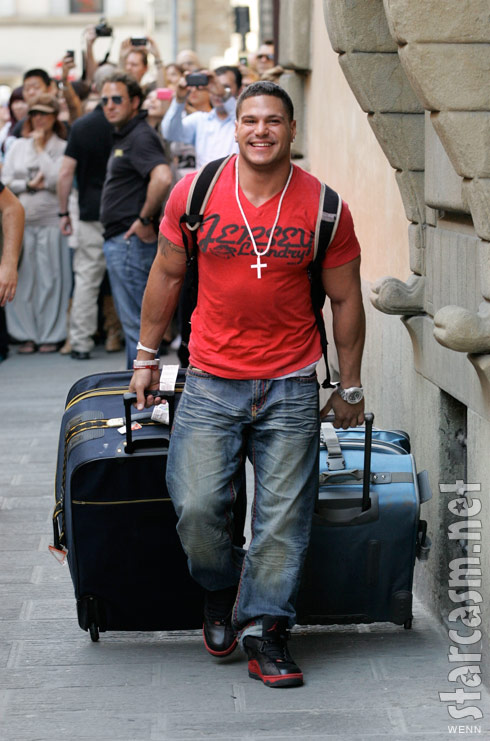 The boys were stylin’ and profilin’ in their colorful attire and matching colorful personalities. Well, except for the Situation, who was absolutely positively over-the-top in his all-white ensemble! 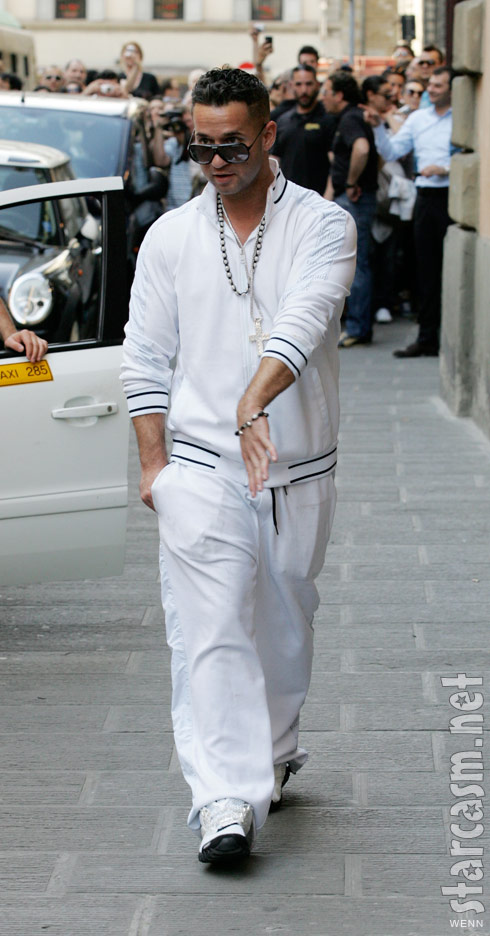 I really don’t think Italy could possibly be ready for The Sitch Nation!

Following on the sneakered heels of the boys was the second wave of cultural invaders in the form of Guidettes Nicole “Snooki” Polizzi, Jenni “JWoww” Farley, Sammi “Sweetheart” Giancola and Deena Nicole Cortese! 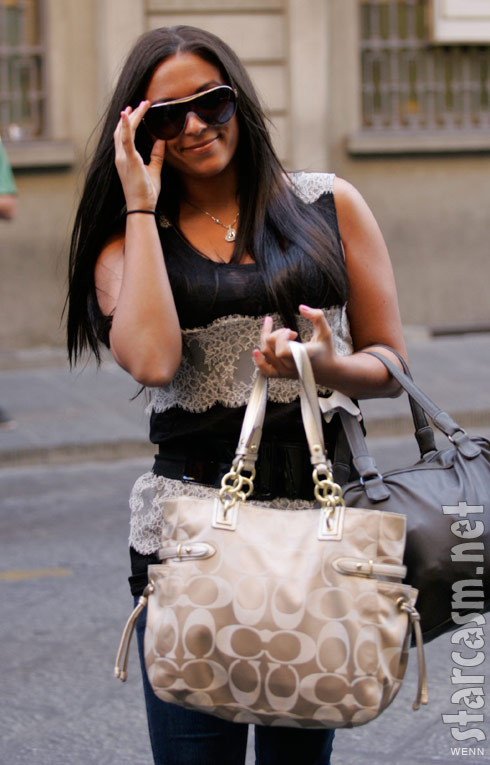 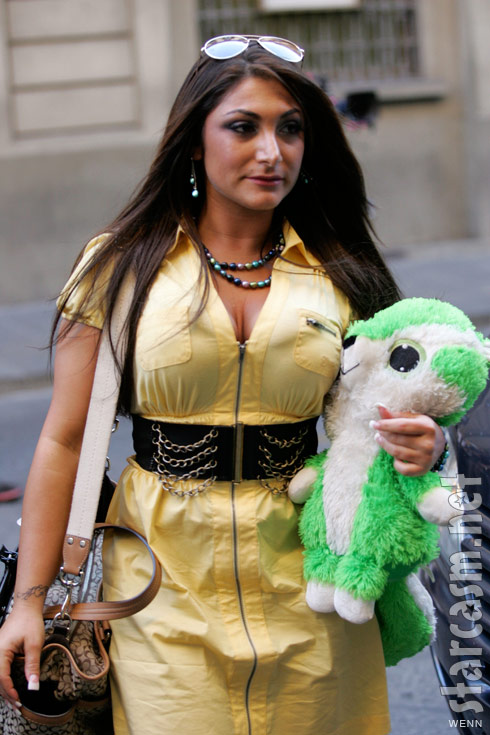 The Brunette Guidette forces were looking even badasser than usual as they casually swooped in armed with over-sized sunglasses and stuffed animals! 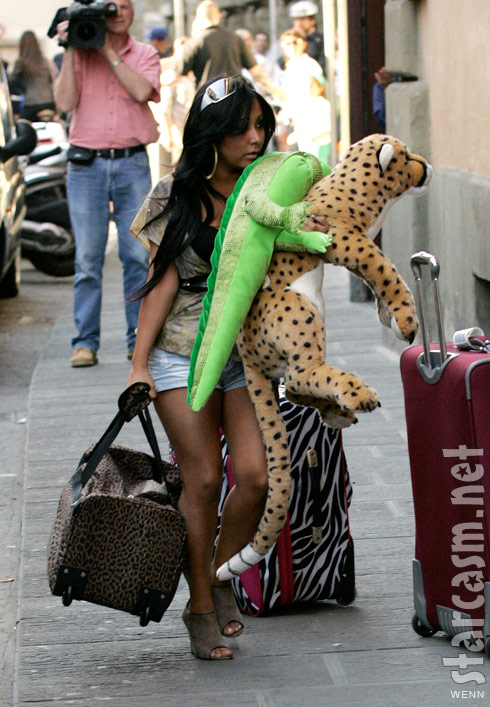 ^ Snooki brought along some stuffed friends (which are probably a lot more reliable and less hassle than a man!)

Snooki, Deena and Sammi appeared to have dressed up for their arrival, but JWoww would have none of that nonsense, electing instead to wear a comfortable “JERSEY WE GO HARD” t-shirt! 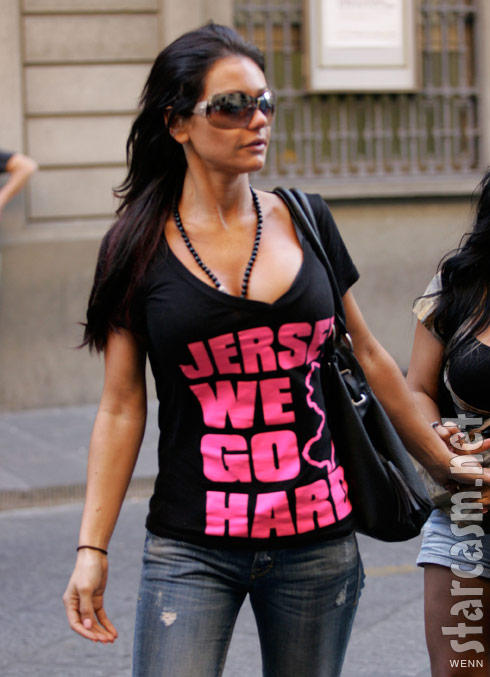 That’s a long plane ride folks – I think JWoww’s decision was a wise one. (Plus I don’t want her to hunt me down and beat me into the middle of next week.) (Did I mention I’m in love with JWoww? She scares me to death, but that only makes it worse. I’m sure Florence will soon feel the same.)

Jersey Shore’s Sammi and Ronnie are back together!