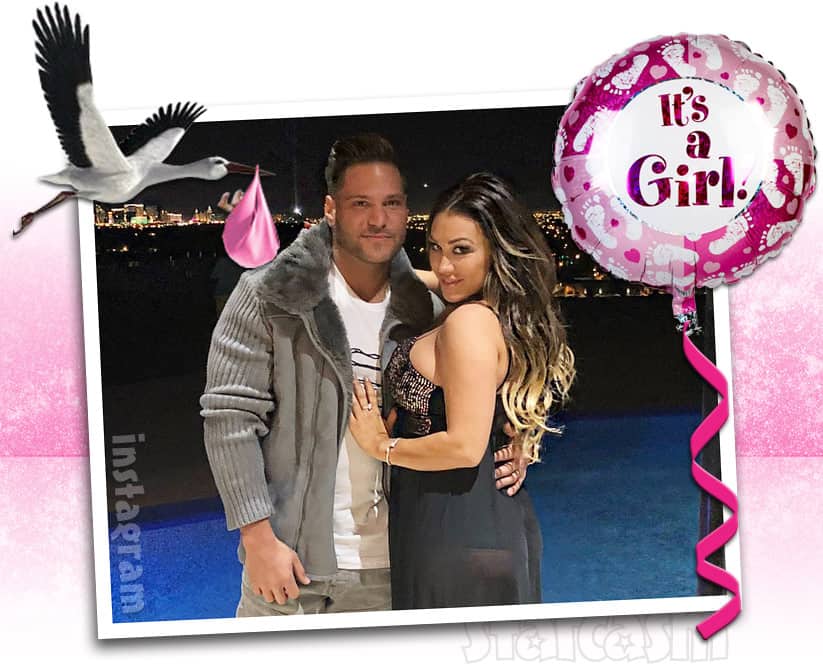 Jersey Shore star Ronnie Ortiz-Magro is about to go from fist pumps to breast pumps as his girlfriend Jen Harley has just given birth to his first child! While the couple has not revealed the little girl’s name, that did not stop Ronnie’s co-star The Situation from announcing it in an interview moments ago.

E! News was the first to confirm the birth of Earth’s newest guidette earlier today as they quoted a source stating Ronnie was “He’s over the moon.”

The birth news was no real surprise to those who follow Jen on Instagram, as she posted a series of video clips updating throughout her labor Monday night. “Just in case you guys didn’t know, I’m in f—ing labor,” she announced. “Ron lands at seven so we have five hours,” Jen added, revealing that Ronnie was on an airplane headed her way. “I’m feeling very very uncomfortable.”

Ronnie’s Jersey Shore co-star Mike “The Situation” Sorrentino shared more details about Ronnie’s flight while speaking with Page Six — perhaps too many details, as he apparently leaked the name of their baby girl! Mike was talking about a Jersey Shore group chat when he was asked to share some juicy gossip as an example of what gets talked about in the chat. The Situation was happy to comply.

“Last night, Ronnie was on a flight to, you know, do press for Jersey Shore: Family Vacation in London, and he had to turn around because his girlfriend’s water broke,” The Situation reveals, which jibes with Jen’s Instagram videos. “And now he had to go straight back to Vegas to catch the baby, which he eventually did.”

The Situation is asked “Do we have a name?” And he replies by revealing: “I believe it’s Sky.” (I am unsure of the spelling.) Let’s hope this name slip doesn’t make Ronnie angry, because we all know what it’s like when Ronnie gets mad at The Situation! Walls and heads get busted!

Ronnie and Jen first revealed they were expecting on Christmas Eve. The child is Ronnie’s first and Jen’s second, as she has an 11-year-old son named Mason from a previous relationship. It is believed that fans will be able to meet Jen on the new season of Jersey Shore as she was spotted in Miami during filming. 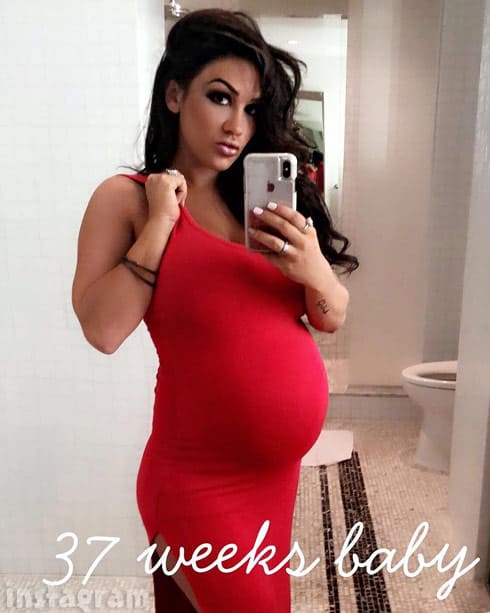 Congratulations to Ronnie and Jen! I cannot imagine how crazy this week must be for the both of them with Jersey Shore: Family Vacation set to premiere this Thursday night at 8/7c on MTV!

Flipping Out’s Jeff Lewis to be a dad, daughter due this fall via surrogate