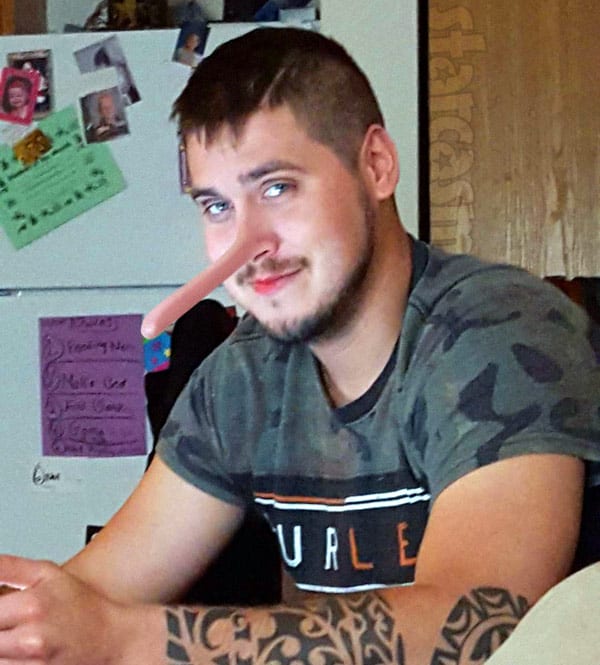 In last week’s episode of Teen Mom 2, we saw Jeremy Calvert break the news to Leah that he and fiancée Brooke Wehr had split up. He told Leah that the reason for the break up was because Brooke went through Jeremy’s phone records and saw a 31-minute phone conversation with Leah — which he said was a discussion about Addie’s preschool. Brooke took to Instagram to call out Jeremy for lying in a two-part video, and Jeremy fessed up — admitting that the call wasn’t with Leah!

Let’s kick things off with the scene in question for those of you who missed it or needed a refresher:

“In the episode you saw Monday, Brooke came off as crazy, which she isn’t at all,” Jeremy admitted to Real Mr. Housewife on Tuesday, in a post that was later deleted. More of the Jeremea culpa:

It was all my fault during that time. Also the reason we broke up wasn’t because of me and Leah talking for that long about Addie’s preschool stuff. It was over me talking to a different girl. Period. It had nothing to do with the way me and Leah co-parent for our child and communicate. Just would like to address the correct version of what happened. That all was talked about, but was edited out of the episode last night.

I basically lied to make myself look better than what I truly did, which I shouldn’t have done but I did so now I’m trying to set the record straight. And also she never threw my sh!t everywhere and didn’t lose her sh!t like I stated in the episode.

Meanwhile, Brooke took to Instagram to defend herself and shed a little more light on what really went down. Because her account is private, I cannot embed the two-part video, but here is a transcript:

Hey everybody. This video is for all of you Teen Mom 2 fans out there that are currently up to date on this season and are keeping tabs and are well aware of what exactly took place this week in both episodes. I just need to clarify a few things in the second one about Jeremy when he was FaceTiming Leah, or Skyping — whatever they were doing — about me and him breaking up.

This was back in February when him and I had broken up, and it had absolutely nothing to do with Leah. Leah’s name was never one time mentioned in our break up. She was not the cause of anything — him and I hadn’t even had an argument that even involved her name!

What had actually occured, I did not just completely lose my sh!t as [first video cuts off] 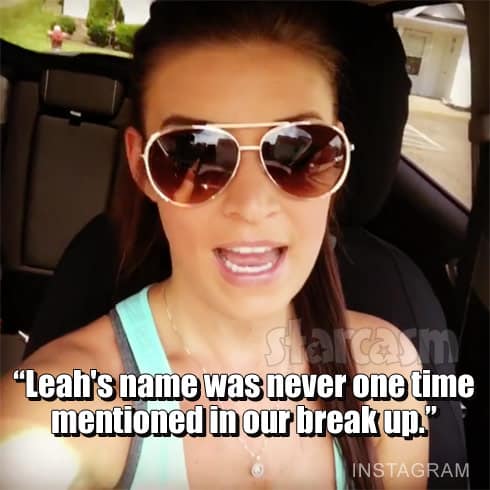 He came home from work and started arguing with me, so I had logged on to the ATT&T and seen where he had talked to Abby for 35 minutes behind my back. And that’s also when he had her name under “Tim” in his phone. I’m sure that you guys remember this all playing out in February on our social media anyways, so that shouldn’t be a surprise.

So that did happen, but it wasn’t about Leah at all. And it definitely, definitely had nothing to do with Addie going to school at all! It was about him talking to Abby under Tim and then trying to hide it for no reason. So it was just shady, so of course I was upset about it.

Yeah, I just felt like that needed clarified because that whole entire conversation from the beginning to the end was complete bullcrap, and all of it was a lie. So. I just needed to get my side out there so that you [second video cuts off]

Brooke is correct in that I certainly do remember all of this playing out on their social media accounts in February! Jeremy admitted to sleeping with Brooke’s best friend–although he claims that it was while he and Brooke were “on a break.” What’s odd is that the best friend’s name was Leeann, not Abby — perhaps Brooke is just trying to protect her ex bestie?

Here’s a post from Brooke towards the end of the drama, after Jeremy admitted to the bestie hook up: 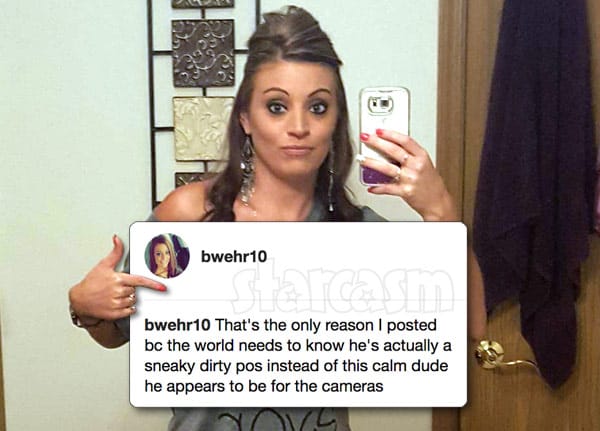 I’m getting the impression that pipe laying isn’t just Jeremy’s profession, if you know what I mean. On a side note, we can now officially add “Tim” to the Teen Mom 2 Encyclopedia — listed close to “deer cam” in the Leah section.