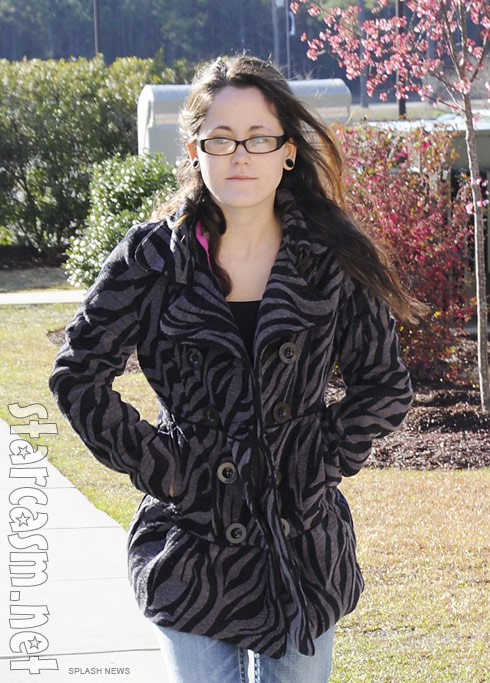 Teen Mom Jenelle Evans showed up for her court date in Bolivia, North Carolina today sporting a black and gray overcoat, seemingly suggesting to the world that Charlie Sheen isn’t the only one with tiger blood!

Today’s court date was to address misdemeanor charges filed against Jenelle for breaking and entering and injury to real property; second degree trespass and [making a] harassing phone call; and injury to personal property. The allegations stem from an incident between Jenelle and one of her many former friends named Jaelanie Salas, at whose home Jenelle and Kieffer were staying for a while. From HollywoodLife.com:

Jenelle and boyfriend Kieffer Delp had been staying with Jaelanie temporarily, but Jaelanie asked them to leave. “She was allowed there, then she wasn’t,” the victim tells us. “My mom didn’t want people there that weren’t immediate family.”

Later the same day, Jenelle’s ex-boyfriend Kieffer Delp served her for allegedly smashing his iPhone and causing over $200 in damages. (That is the “injury to personal property” portion of the charges.) 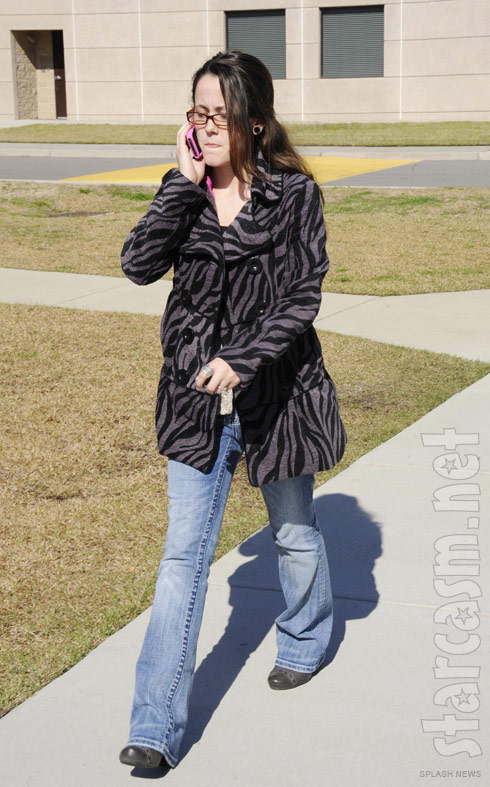 All three were scheduled to appear in court today but Jenelle was the only one to show up so the case was postponed. From HollyBaby.com:

“The case was continued by the state,” Jenelle’s attorney Dustin Sullivan tells HollyBaby.com exclusively. “Both Jaelanie and Kieffer failed to show. The state continued to April 29 at 9:30 a.m” 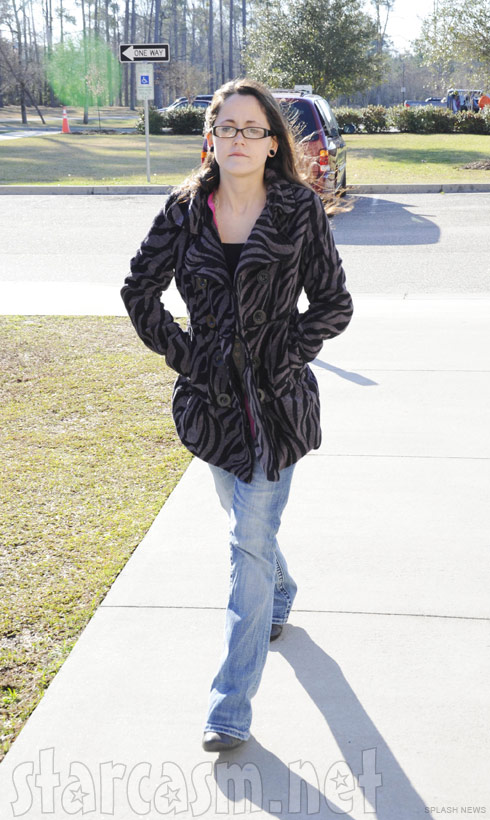 Jenelle has since filed a criminal summons against Jaelanie for threatening phone calls. From Holly Baby:

“I advised her to do that,” the attorney says. “Jaelanie continued to text, call and harass Jenelle after Jenelle said, ‘Stop contacting me.’”

Jenelle basically wants to be left alone. But if Jaelanie doesn’t stop the alleged harassment Jenelle could seek a restraining order. “It could lead to that,” her attorney confirms. “The restraining order — basically you have to be in fear of someone. She just wants to have the girl to stop contacting her.”

All of this is in addition to the charges faced by Jenelle and Kieffer for breaking and entering, possession of marijuana and possession of paraphernalia stemming from an October arrest! I can’t imagine what Jenelle’s planner must look like!