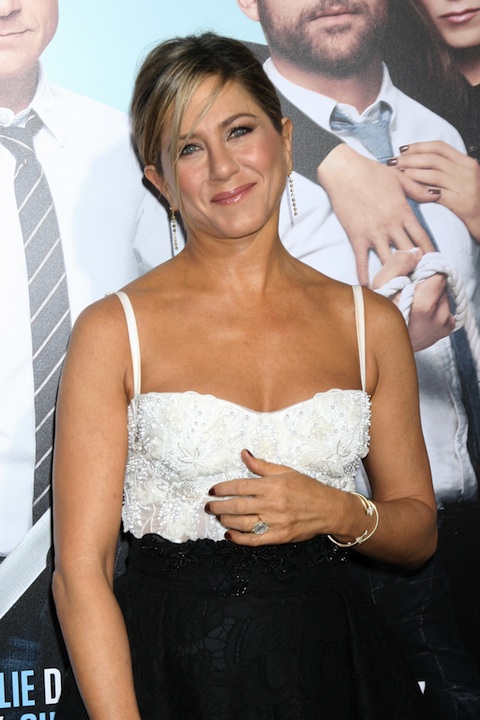 Jennifer Aniston is fed up with the pressure others put on her to become a mom–and, in the latest issue of Allure magazine, she’s unloaded on her critics with both barrels.

In response to a series of questions about 2014’s F-word of the year–”feminism,” people, not the other one– Aniston revealed her frustrations with a lifestyle that promotes female equality at the same time that it clings to traditional expectations. Though, instead of saying “lifestyle,” it might be more accurate to get into a discussion of celeb voyeurism.

But: that’s one for another day. For now, here’s the full quote from Allure:

I don’t like [the pressure] that people put on me, on women—that you’ve failed yourself as a female because you haven’t procreated. I don’t think it’s fair. You may not have a child come out of your vagina, but that doesn’t mean you aren’t mothering—dogs, friends, friends’ children.

And that wasn’t all she had to say. Speaking more directly to her critics’ comments, Aniston got even more personal:

This continually is said about me: that I was so career-driven and focused on myself; that I don’t want to be a mother, and how selfish that is….Even saying it gets me a little tight in my throat.

As for the dreaded-slash-embraced F-word? Aniston gets the definition right: it’s such a complicated thing in Hollywood and elsewhere “because people overcomplicate it. It’s simply believing in equality between men and women. Pretty basic.”

Other than race, the ongoing national conversation has been probably the biggest overall story of 2014, even when the conversation becomes more like an argument. What do you think about J-Ani’s thoughts? Are these fightin’ words? Is she so right it hurts you in your soul? Or is there even more going on than her comments reveal?