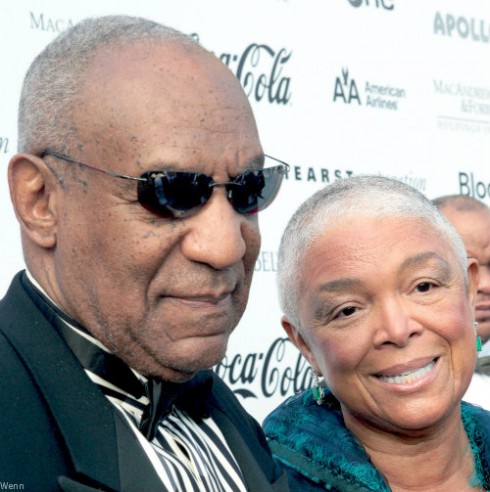 While Bill Cosby remains largely silent on the increasingly loud rape allegations against him, Camille Cosby, his wife of 50 years, broke her silence with a lengthy statement on Monday.

“The man I met, and fell in love with, and whom I continue to love, is the man you all knew through his work,” Camille said in a written statement released to the media. “He is a kind man, a generous man, a funny man, and a wonderful husband, father and friend. He is the man you thought you knew.”

Camille continued to say she doesn’t know the man portrayed in the media in recent months. She said this new “portrait” of Bill has been “painted by individuals and organizations whom many in the media have given a pass” and claimed the accusations aren’t thoroughly vetted before the stories are published. To that point, she compared Bill’s situation to Rolling Stone‘s discredited article about a gang rape at a UVA fraternity. 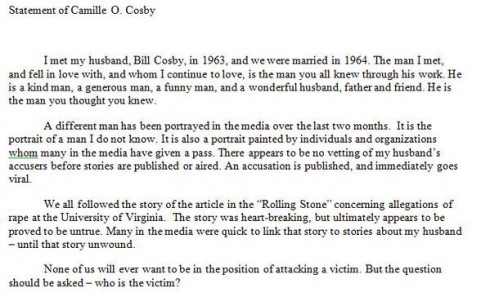 Camille’s criticism of the media comes just after Bill said he only expects the black media “to uphold the standards of excellence in journalism.”

For her argument, Camille suggested Bill is the real victim: “None of us will ever want to be in the position of attacking a victim. But the question should be asked – who is the victim?”