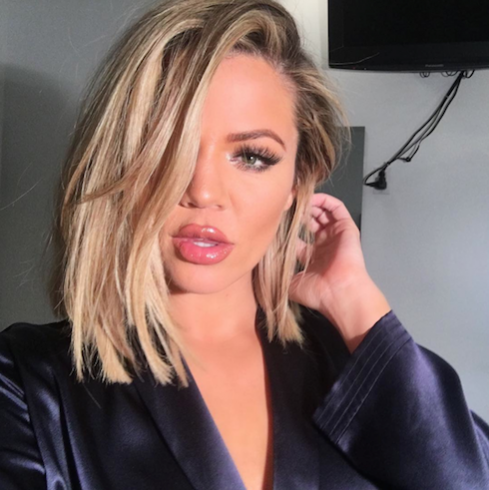 Are the Khloe Kardashian plastic surgery rumors true–and did Khloe have any number of prodecures done in order to more poorly resemble the man said to be her birth father? A recent high-profile dispatch highlighted the mere possibility of Khloe Kardashian plastic surgery, but it was the alleged reason for the surgery that has Khloe’s fans raising their eyebrows in unison.

It was a missive from Inquisitr, which has broken large stories in the past, that got the Khloe Kardashian plastic surgery whispers started. According to that report, Khloe had “extensive” plastic surgery not to look more like someone she wanted to be, but to look less like the person allegedly responsible for siring her: Alex Roldan, her long-rumored birth father. Claims that report: “Khloe Kardashian has dropped quite a few bucks to erase all resemblance to Alex Roldan, the hairdresser that allegedly had an affair with Kris Jenner conveniently close to the time Khloe was conceived.”

What plastic surgery has Khloe Kardashian had done? Here’s where the story gets a bit more muddled: according to those same insiders, Khloe has subjected herself to a number of procedures presumably unrelated to any Khloe Kardashian Alex Roldan connection. “The buzz is,” revealed a source, “[is] that she’s had a nose job, breast implants, a Brazilian butt-lift, and liposuction multiple times. She also got a gastric band to help her eat less.”

The enegetic insider added, “And none of that comes cheap—especially when you’re using the best of the best!” 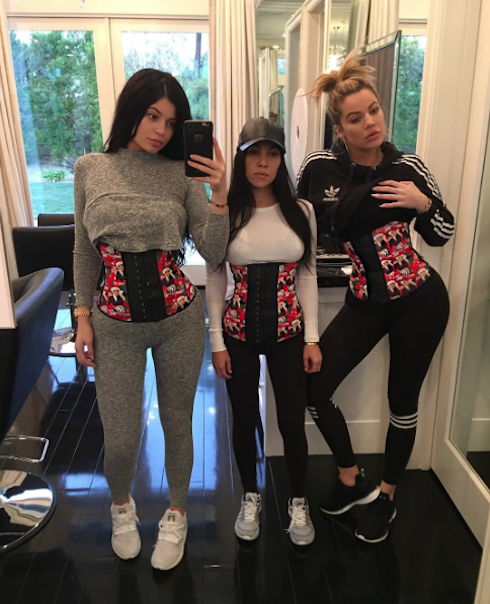 Gossip about Khloe Kardashian’s real father has been persistent for years. The two focal points of that gossip have been Roldan, with whom Kris Jenner had an alleged short-term fling while on a break from Robert Kardashian; and former NFL star O.J. Simpson, who was reportedly the source of Kris’ affections for some time. As recently as last summer, people close to Khloe were apparently ready to spill the proverbial beans on this topic. Among those people? Khloe’s estranged husband Lamar Odom, a source close to whom allegedly told OK Magazine that “Khloe told Lamar that she knew that she didn’t have the same dad as her sisters.”

One Khloe Kardashian plastic surgery rumor that has (presumably) nothing to do with her alleged real father is that of a pending boob job. Khloe herself acknowledged the breast implant likelihood during her recent interview with Howard Stern. Said Khloe, “I’ve never had a boob job but I do want one. I wear push up bras all the time. I wear padded bras because I love the cleavage. When I don’t wear a bra, I don’t have cleavage and what girl doesn’t want f*cking cleavage?

“I think I will get a boob job for sure,” Khloe continued, “and I can always remove them. Everyone says you won’t want them when you’re older. Okay. But I want them now.”

By way of a Khloe Kardashian plastic surgery comparison, here’s a trio of photos of Khloe from back in the day–2007, 2008, and 2009, respectively: 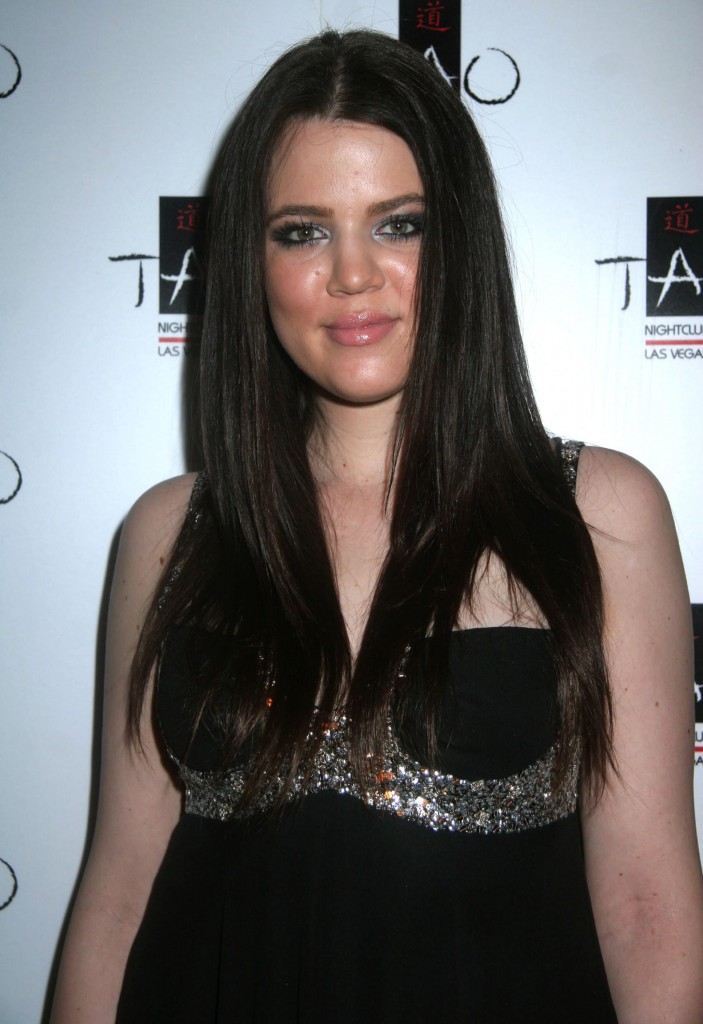 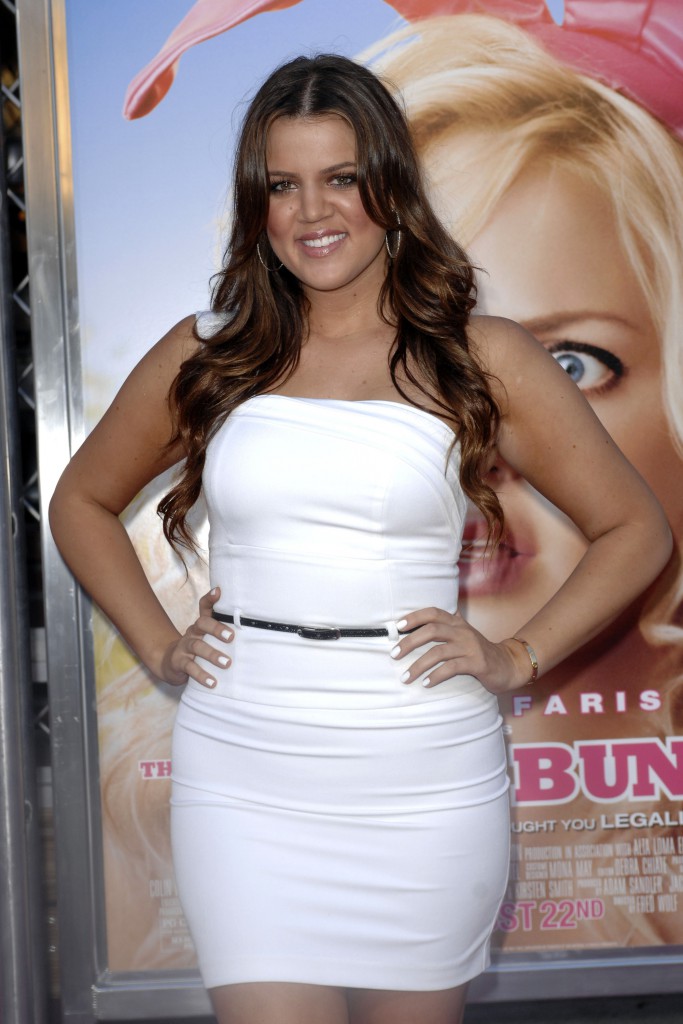 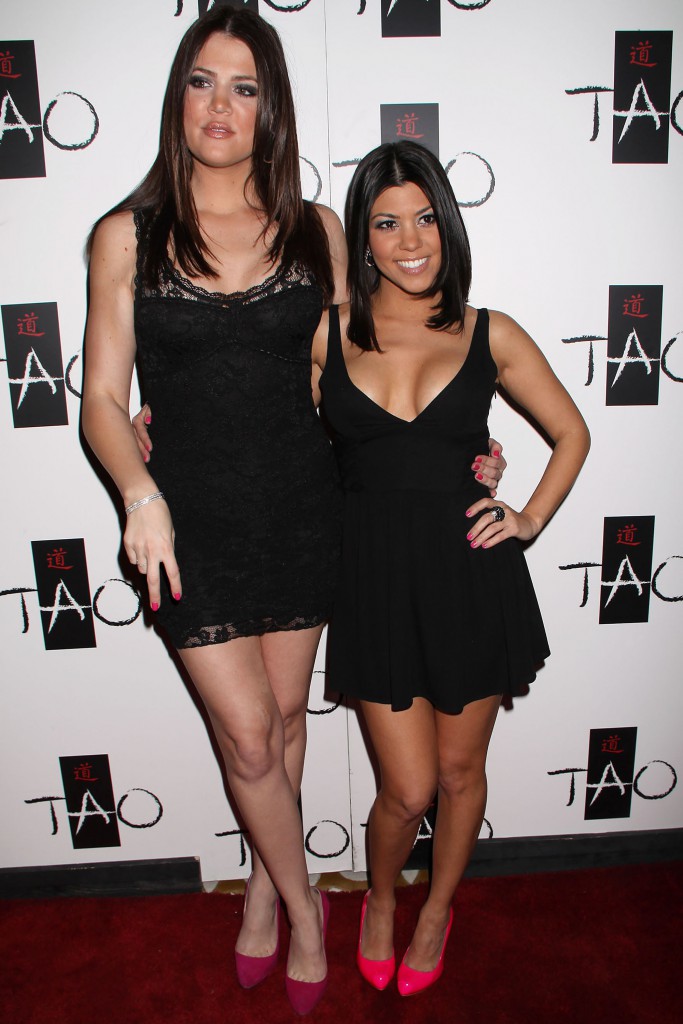 Scott Disick and Kourtney Kardashian each trying to ‘out-date’ the other, win their breakup