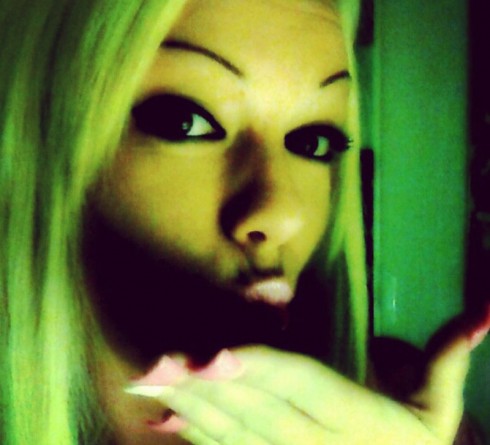 Adam Lind’s ex-girlfriend Jessica Nicole just gave him a not-so-welcome parting gift: In a series of social media posts, she accused the Teen Mom 2 star of drinking before driving, being physically abusive, using steroids and paralyzing her dog.

“Let me just clear the air on my OWN life… Adam did not break up with me… I LEFT HIS VIOLENT A**,” she said in an Instagram post last week. She added in the comments section, “He has physical and mental abuse issue…. BAD! … I’m gonna slowly bust his a** out on everything don’t worry.”

Staying true to her word, Jessica has since unleashed a number of unsavory stories about one of the least-favorite stars. To start, she posted a screen cap of our story about Adam saying one of his recent arrests was “bulls**t”. Jessica claimed that, in reality, Adam got off easy considering he was drinking before getting behind the wheel.

“Now let’s be honest… You WERE drinking. You had 2 beers and they didn’t test you for hours. That’s the ONLY reason you blew all 000,” Jessica said. “Sorry Adam but let’s be honest for ONCE.”

Yesterday, Jessica continued her campaign against Adam by posting a picture of him appearing to use a hypodermic needle to inject something in his thigh. She also included a picture of Sustanon 250 and Trenbolone-Acetate 100 vials, which are both types of steroids.

But, Jessica said, the steroid use and lies weren’t the worst of Adam’s behavior: She said he controlled her by threatening to tell the truth about her past, left her with bruised arms after getting physical (pictured below) and paralyzed her dog, who she later had to put down. 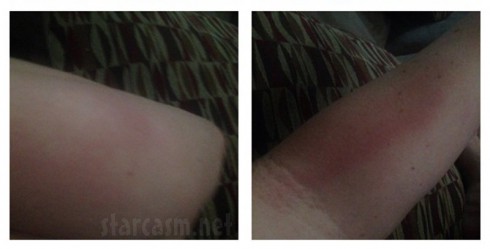 “He’s grabbed me by the neck, thrown me around, all kinds of stuff,” Jessica told Radar Online. “[I] really wish I never met Adam. I just want this to go away.”