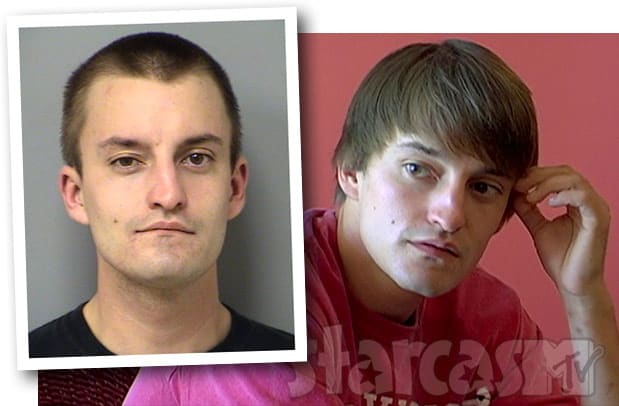 As we reported on Friday, Teen Mom 2 star Jenelle Evans’ ex-boyfriend Joshua Miller is currently wanted by police after stealing a woman’s car with her three-year-old daughter inside, and then later leaving the toddler in the middle of the street. Josh appears to still be at large, and the mother involved in the incident has shared some more details about exactly what happened.

Brittany Maggard shared a link to a local news story about the kidnapping on Facebook and angrily captioned it with “Help find this p.o.s, who threw my child out into the road after he stole my car with her inside.” As you would imagine, she received numerous shocked and concerned comments from friends and family wanting to know more about what happened and if her daughter was hurt.

“She is fine thank god,” Brittany said of her daughter. She later shared more details. “She has a few bruises and defiantly going to need therapy….but all and all she is as good as can be expected.”

Other commenters asked who Josh was and how he managed to steal Brittany’s car with her daughter inside. Here is Brittany’s account of what happened:

He was a friend believe it or not. I was giving him a ride and I stopped at the store, when I got back to the car I noticed my phone was gone, so I turned around and went back to the store when I got out the car to go inside I honestly didn’t think anything of leaving him in the car with my daughter because we have known each other for years……I saw him jump in the divers seat so I ran out th MBBe store and tried to open the door but it was locked. I started punching the window until he sped off slinging me down…..when I got up and started chasing him and a lady noticed what was going on we chased him until he slowed down ebough to throw my daughter in the road

Worst moment of my life…I’ve never been more scared….the worst part is I’ve been chilling with this dude for years!!! And more than a few times…. Goes to show u never really know anything but what people decide to show you!

A photo of Josh with Jenelle from his appearance on Teen Mom 2 in Season 3: 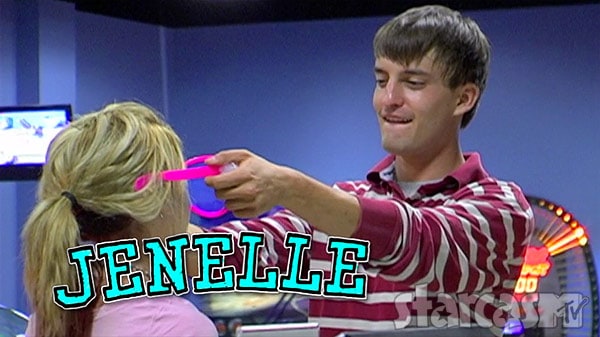 In another comment, Brittany held nothing back in her contempt for Josh after endangering her daughter’s life. “Everyone share this until this p*ssy is dead or in jail. One of the two outcomes will happen and he better pray the cops find him first….”

Brittany also talked about the incident on the Facebook page of the local news station, responding to commenters that seemed to know Josh was not to be trusted:

COMMENTER: Why was this pos a passenger in your car anyway? Anyone who knows him knows what he’s about, I would have never allowed him in the vehicle with my children in the first place, and defiantly not ALONE I don’t know any details though but I hope he gets caught and slayed.

BRITTANY: I have known josh for years, we were very close he had only been in town for about three months because he moved to Florida a few years ago. You say anyone who knew him knew what he was about. Well I sure didn’t, obviously neither did the other multiple people that he had fooled. I walked into a store. He was a passenger in my car if I thought for one second that he was a danger to me and my child do u honestly think I would have had him around? He fooled me! He fooled a lot of people.

Once again, if you have any information on the whereabouts of Josh Miller, please contact 911 or call the Boiling Spring Lakes Police Department at 910-363-0011.

On a side note, if the name Brittany Maggard sounds familiar to you, it’s probably because she was involved in Jenelle Evans’ infamous “Teen Mom Brawl” video back in 2011, which played a major roll in making Jenelle and international celebrity. Brittany went along with Jenelle as support to the “showdown” spot where Britany Truett was waiting, and she was the girl in the video who actually pushed Jenelle — TWICE! — into Britany Truett to instigate the brawl.

All three young ladies would later be arrested over the fight. Brittany had this to say about the brawl in a rather candid conversation with a TMZ cameraman after her release:

Jenelle wanted to go and fight Britany because of something with her man. She was scared and wouldn’t go fight by herself so I went to help her out. Ya I instigated it, but what the hell are we supposed to do? I wanted to see them fight!

I’m p!ssed though because I went down to help her out, we both ended up in jail, she got bailed out before me and when I called her to get me out, she didn’t come.

Brunswick County is a small world.