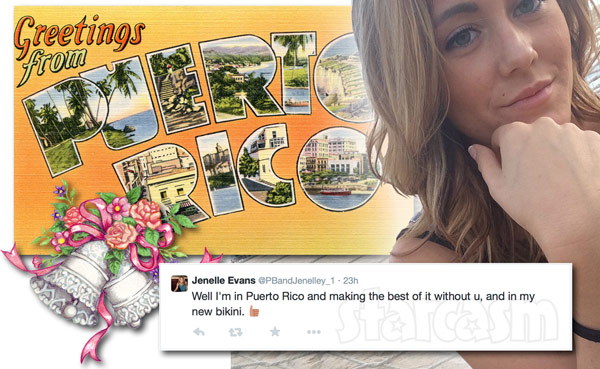 It’s been just over a month since an altercation between Teen Mom 2 couple Jenelle Evans and fiance Nathan Griffith led to his arrest and an eventual split between the two. At the time of the altercation, Jenelle and Nathan were engaged and filming the upcoming sixth season of Teen Mom 2 with everyone assuming a wedding was on the horizon.

Fast forward four weeks and Jenelle takes a trip to New York City before returning home and then flying to Puerto Rico — a trip that clearly must have been planned prior to the break up. A number of Jenellians have been speculating that the Puerto Rico trip was to be a destination wedding for Jenelle and Nathan, which sure seems to make a lot of sense.

Teen Mom Junkies managed to find a deleted Twitter conversation between Nathan’s friend Josh Friedman (who sort of famously helped Nathan move out once a judge issued a no contact order between him and Jenelle) and another person in which Josh says he is heading to “PR” and is “getting ready to break the internet.” Josh is asked if he is in the wedding party, and he responds with, “let’s just say there is going to be a big surprise.”

Jenelle’s tweets since landing in Puerto Rico seem to fit with the theory as well. “Memories erased, hopefully I don’t ever remember again,” she quoted on Tuesday. Wednesday she added, “Severely heartbroken, some things are meant to be this way I guess… Whether I beg or not.” And then this an hour later:

Well I'm in Puerto Rico and making the best of it without u, and in my new bikini.

UPDATE – Jenelle has responded to our story by indicating that if there was going to be a wedding, it would have been in the summer of 2016:

@starcasm @GroundLevelUp lmao who ever said I was going to have a wedding? If we ever got married it would be summer of 2016.. No time soon

Jenelle really does seem to be making the best of it! Here she is getting her pool on at a swim-up bar: 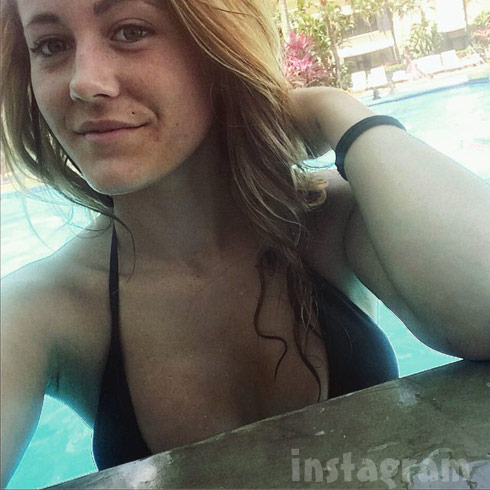 And here she is with a really bad (i.e. really great) case of hammock toes:

Little Kaiser seems to be diggin’ that Puerto Rican vibe as well:

It’s unknown if Jenelle is still planning to attend Coachella in California, as she previously hinted at back in February. (Coachella is this weekend and next.)

It’s also unknown if the MTV cameras are in Puerto Rico with Jenelle. I suppose we will have to wait and see.

[Ed: The initial post erroneously stated that Jace and Kaiser were with Jenelle on her New York trip. Jenelle shared photos of the two throughout her trip, but they were not in New York.]

Alex Sekella addresses not being chosen for Teen Mom 2