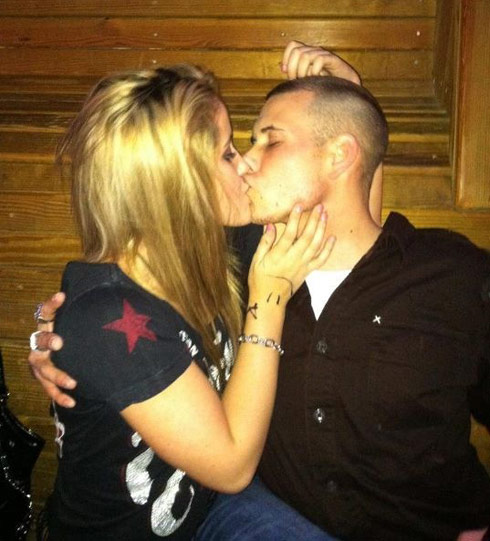 Earlier today we posted that Teen Mom Farrah Abraham had called it quits with her new man Marcel Kaminstein, but the Teen Mom Universe has remained in balance because Jenelle Evans has made it official that she is in fact dating 23-year-old Gary Head! Jenelle has been sharing photos of herself with Gary on Twitter and Facebook, including the above photo from New Years Eve that was accompanied by the tweet, “New years kiss :)”

Jenelle has been adamantly denying rumors that the two were dating, insisting that they were only friends, But, it seems that something changed since Gary has been taking care of an ailing Jenelle the last few days! (Jenelle described her ailments by tweeting, “Ears hurt, jaw hurts, teeth hurt, can’t talk, throat hurts, head pounding, necandk hurts, eyes feel like a balloon. hospital soon….”) It also couldn’t have hurt that Gary went with Jenelle to court earlier today as she dealt with the legal issues surrounding her lease after her first roommate Amber Lane left a couple months ago. (That gives new meaning to “courting” someone!) 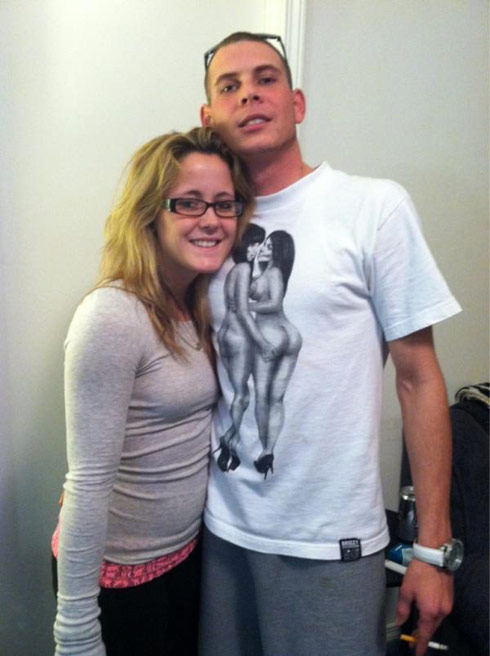 We spoke with a source close to Jenelle earlier today who told us, “Yeah, they officially decided today they are dating.” Soon after that Jenelle took to her Facebook page and made the famous switch to “In a relationship” along with another photo of her gettin’ her smooch on with Gary from New Years Eve: 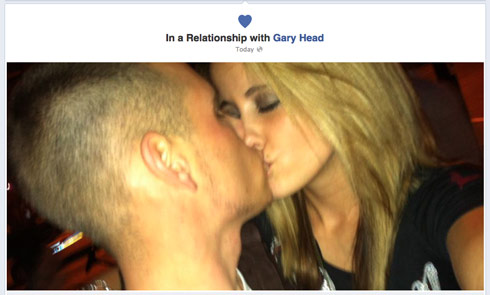 Before all you Teen Mom fans get all upset about the impact this will have on Jace, our source tells us Gary “hasn’t met Jace yet because Jenelle thinks it’s still too soon.” (I’m sure Bahhhhbra approves!)

And backing up the theory that Gary Head’s turn as Jenelle’s own personal Florence Nightengale helped take their relationship to the next level, our source says, “He has been taking care of Jenelle the whole time she’s been sick. He even drove 30 minutes away to Bath And Body Works to get her bath salt so she could relax. And that was Gary’s idea.” 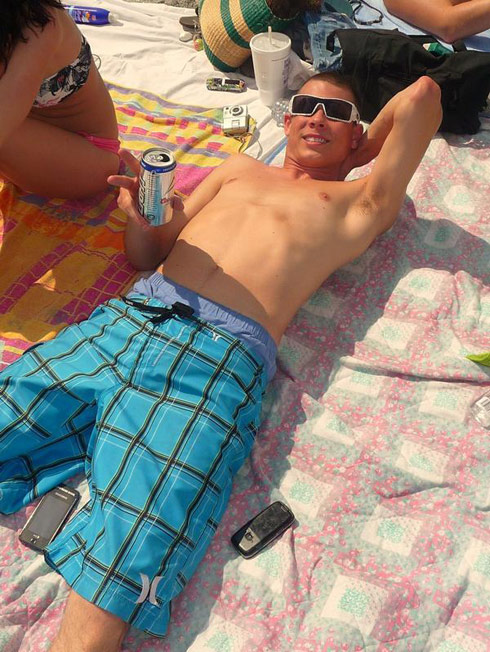 So what’s the story on Gary Head? Is he a coastal drifter with serious grillin’ skills who’s constantly in trouble with the law? Nope, Gary is no Kieffer Delp! When someone tweeted to Gary, “I thought you were an Army man” Gary responded quite simply with, “Marine. We work hard and party harder.” (Is it really possible Jenelle Evans is dating a Marine! Holy smokes!)

Well, congratulations to Jenelle on her new man! Sadly, he had to leave earlier tonight to return to base (According to his Twitter account) to which Jenelle responded, “:( I wish u were able to stay at least one more night.” Awwwwww… Sumbuddy’s in lurv y’all!

(Oh, and yes, he does look a bit like Jenelle’s ex Andrew – only a bit less waify.)