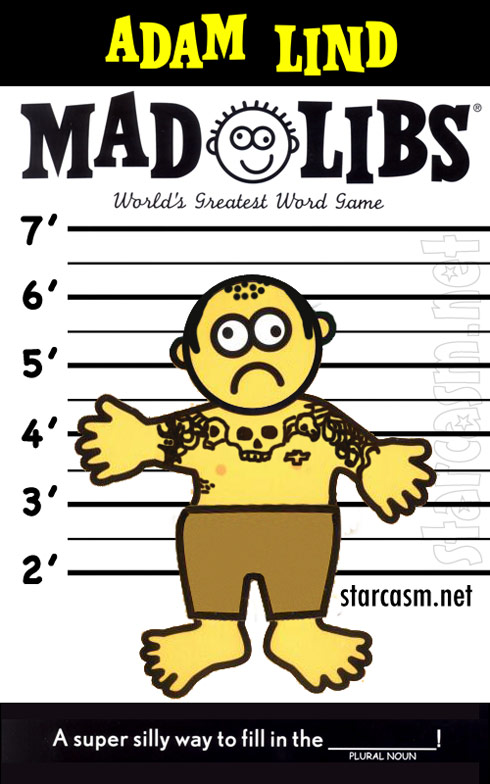 Teen Mom 2 star Chelsea Houska’s ex Adam Lind has been arrested again again. Since this seems to happen about every other week, I thought I might save myself some time by putting together an Adam Lind Mad Libs template so whenever he gets arrested from now on I can just fill in the blanks with the appropriate nouns, verbs, adjectives and adverbs. With that in mind, here’s the first edition of the Adam Lind Mad Libs with all the pertinent info from his most recent arrest:

According to a jail spokesman who talked with Radar Online, Adam “either didn’t show up for testing or tested positive for alcohol.”

Additional info about this arrest:

Adam is required to take a drug and alcohol test every day due to his extensive DUI arrest history. Adam will be behind bars without bail until at least 1:30PM on Monday. Also, according to an insider, this was to be Adam’s weekend with Aubree                          .

Jenelle Evans to ex Kieffer Delp, “I wish you would have died”