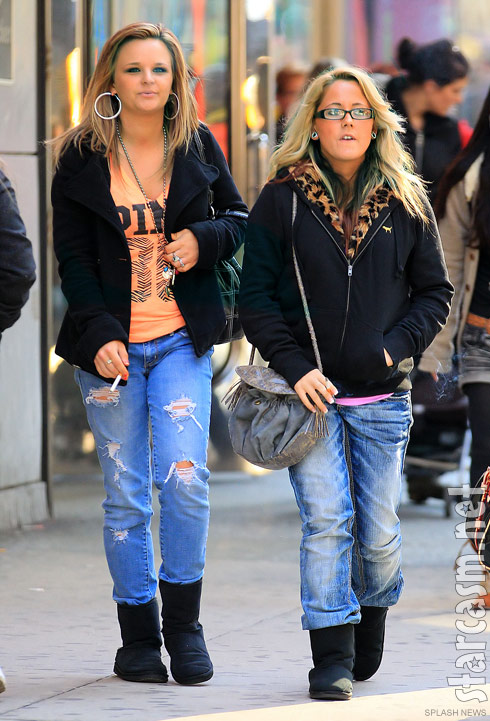 Teen Mom Jenelle Evans has completed anger management courses but she displayed some of that ol’ Oak Island fire in a recent Facebook blast of her friend Amber Lane.

Radar, which is the online vehicle for tabloid Star magazine, has a recent report based on comments from a “friend close to Evans.” This “friend” told Star that Jenelle may never get full custody of her son Jace and that this fact may not even bother her that much. Comments included:

“I don’t think Jenelle will ever get full custody of Jace. I don’t even think it hurts her.”

“Years down the road, when Jenelle might have her life together, it’ll be weird for them to just start living on their own. It’s sad because he’s so happy when he’s with her.”

“It’s not Jace’s fault he was born to Jenelle. Barbara didn’t do this (gaining custody of Jace) for Jenelle; she did it for Jace.”

“Jenelle is obsessed with male attention. She wants whatever she can get.”

Those are some pretty hurtful things to say, especially if you’re a supposed friend of Jenelle and doubly if it’s to a tabloid. In addition someone had tweeted Jenelle about the following In Touch that has Leah Messer, you can read Leah’s outspoken mother’s response to this tabloidegery here, and Evans on the cover. 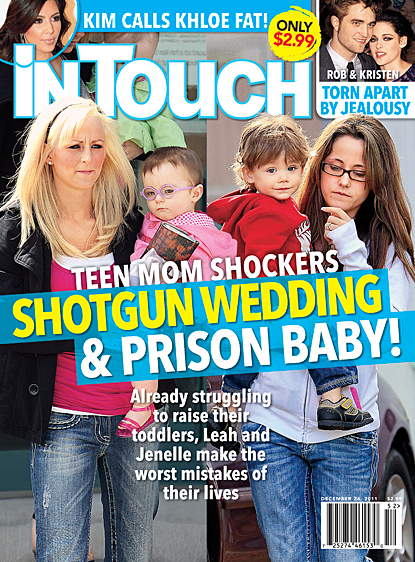 According to this In Touch article, Lane stated that Evans spent (as In Touch put it) “three sex-fueled days” with Delp between his recent prison stints. All of this was enough to set Evans off and she didn’t hold back on who she believes has been ratting her out to tabloids lately. Jenelle set her sights on Amber Lane (seen above with Jenelle) with a no-holds-barred Facebook blast:

wowww… amber lane yu have the NERVE to talk to the magazines about me and kieffer when yr the one thats pregnant and getting an abortion december 28th ?! yeahhhh, getting an abortion becuz yu dont possibly kno who the father is between james, joe, ben, and stephen correct ? lmfao lets put yr sh*t on blast now shall we? i wasnt going to say anything but yu broadcasted me soooo im broadcasting yu. 😀

The fact that Jenelle used an alleged scheduled abortion as her blast bullet hit many of her FB followers the wrong way. After about a zillion replies Jenelle made another post defending her position:

everyone might think im horrible for posting people’s business online… but look at it this way… the stuff filmed was a year ago. i pass every drug test every single week. i completed anger management. have not been sexually active with anyone and focusing on school. yes im very proud of myself but then yu have the people yu once trusted very close to yu selling yu out. false stories. false accusations. im not allowed to talk to tabloids becuz im under contract. the only voice i have is here on the internet. then yu have people staring at yu 24/7 walking in and out of stores, being harrassed, writing anonymous notes and letters in yr f***ing mailbox telling me they are “watching me” and “yu always have eyes on yu”. i can never go out in public without feeling like im in a f***ing freak show. im doing my best to turn my life around but then yu see this season which is horrible. give me af***ing chance for once. step in my f***ing shoes for ONE DAY and count how many panic attacks yr body will receive. 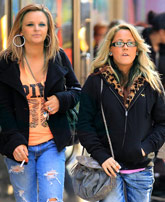