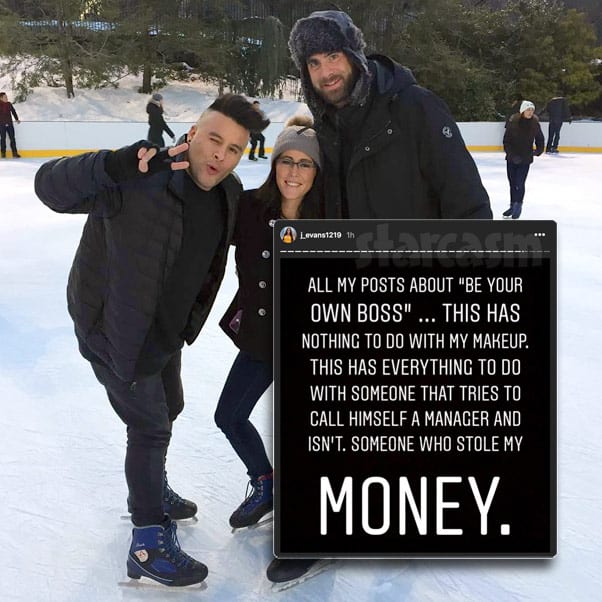 All is not well on The Land! Former Teen Mom 2 star Jenelle Eason shared a series of frustrated posts on Instagram Wednesday in which she calls out “someone who calls himself a manager and isn’t” who “stole my money.” It is assumed that Jenelle is referencing public relations “manager” Johnny Donovan. Jenelle was working closely with Johnny throughout the launch of her JE Cosmetics line, despite the fact that she had a previous falling out with him in 2016 that played out on social media.

The recent issues appear to have started a few days ago. Jenelle has been boasting about no longer doing sponsored links and paid clickbait posts on her social media accounts. Clickbait revenue is currently Jenelle’s main income, and reportedly generates more than $10,000 a month for the former reality star. It’s my understanding that these sponsored posts on Jenelle’s social media accounts were part of what Johnny Donovan handled for her.

In addition, the company behind JE Cosmetics recently announced that they were severing ties with Jenelle. She later confirmed the split, and revealed that she is working with the original cosmetics company that she first partnered with. (More on that in a minute.)

Here is a timeline of Jenelle’s relevant posts from the past 24 hours, with an important interlude in between: 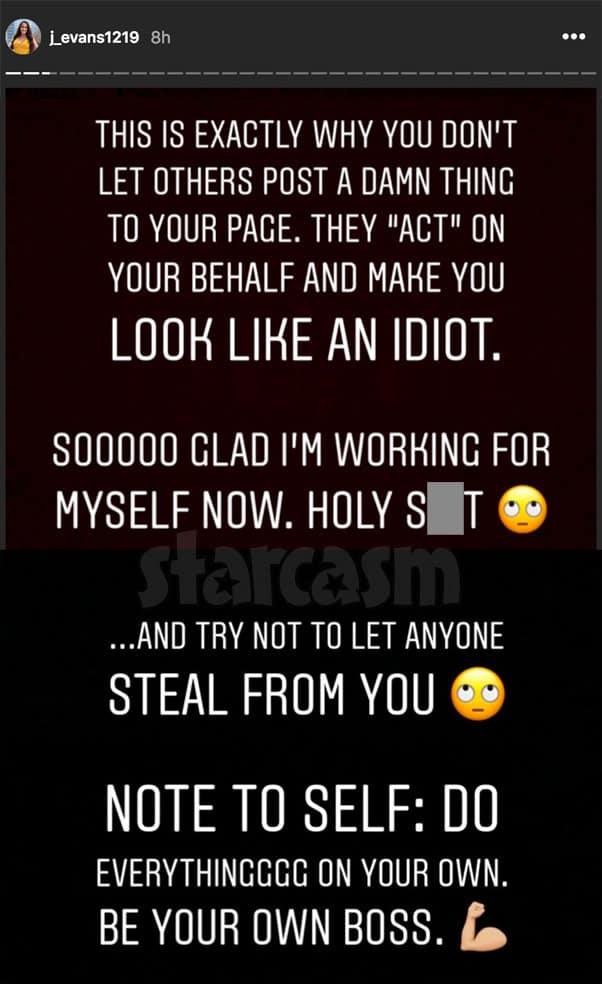 In the middle of Jenelle’s postings, Radar Online published an article stating that Jenelle was “fired” by the cosmetics company who handled her JE Cosmetics eyebrow kit. “XJ Beauty sent Jenelle a termination letter on September 19,” a source told Radar. “It stated that XJ Beauty will no longer be involved or work with JE Cosmetics and Jenelle Evans.”

The termination letter was posted on Twitter by @ustacouId:

The very same Twitter account that posted the letter also leaked a series of text messages, photos and video during Jenelle and David Eason’s custody battle for their children. Those texts, photos and video all turned out to be legit. That seems important when we consider these next tweets by the account:

He stole almost 50k from her ?

After the Radar article, Jenelle returned to share more posts on the subject. In addition to clarifying that some of her previous messages were not in regards to her makeup line, she brings up being stolen from once again:

UPDATE – Johnny Donovan shared this quote in a tweet: “Nobody watches you harder than the people that can’t stand you when they are failing.” He added the #facts hash tag.

Johnny also retweeted someone who wrote: “Jenelle is so predictable. Everytime something is about to happen she comes to try to tell ‘her’ story/lie. As if anyone believes what she’s saying. That clickbait made her money. We all knew she wasn’t giving that up on her own. Now, it’s Johnny fault her eyebrow failed.”

The fun fact of it all is .. don’t believe the press and stories you read…With time all will be properly unfolded with the truth! America Knows the truth that is all.. #liveandlearn #selfishpeople #peoplefail #peoplegrow

Your all beyond crazy with what you guys come up with! I respect my client and people fall apart and sometimes fail to speak on the actual facts to make themselves look better #staytuned

Oh, and it looks like he may be considering sending Jenelle a cease and desist?

JENELLE AND JOHNNY DONOVAN HAVE DONE THIS BEFORE

If all of this is giving you a bout of déjà vu, that’s because something very similar happened the previous time Jenelle and Johnny had a falling out in 2016. Jenelle implied Johnny stole from her then as well. “You’re a groupie,” Jenelle tweeted to Johnny at the time. “Think u know what u r doing but u don’t.”

She later suggested that Johnny used her Instagram account for more than just clickbait! “What about using my IG solely for all your hookups?!” she asked. Jenelle then boldly proclaimed: “Steal money from me and I’ll ✂️ u off and never speak a word to you again.” Clearly, Jenelle’s threat was a bluff. 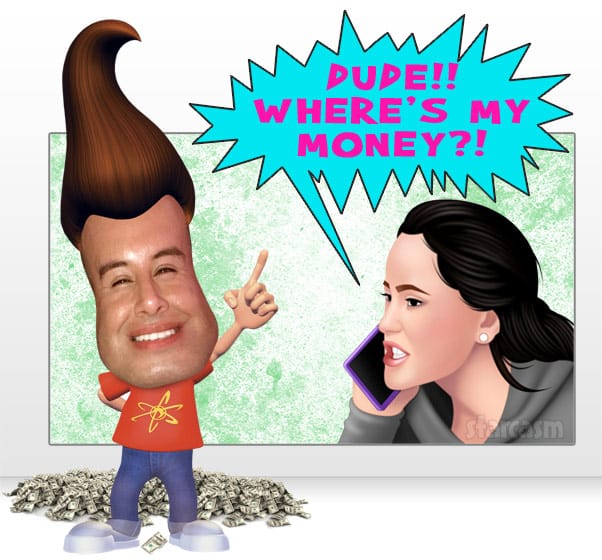 This sounds like a classic case of “Fool me once, shame on you. Fool me twice, shame on me.” For both parties.

Johnny Donovan has a long list of other reality star and celebrity clients, so I assume they will be checking their clickbait receipts after this!

We will certainly keep our eye on this story, so stay tuned…

Did Javi get Lauren pregnant while cheating on Briana? All 3 share their thoughts