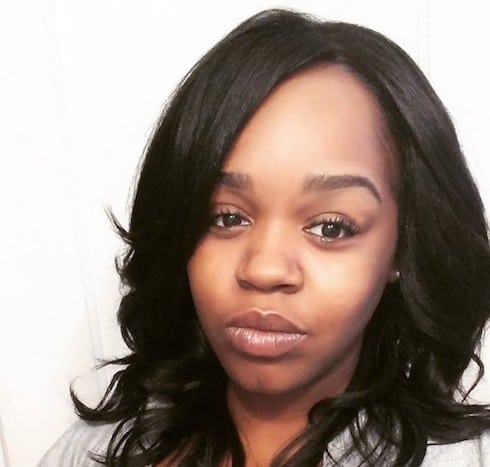 Now that her feud with estranged daughter Takari Lee has spilled out into the open, Basketball Wives star Jackie Christie is attempting to win over skeptics in the pair’s GoFundMe drama by sharing a long string of never-before-seen Jackie Christie Takari Lee throwback pics on social media. Takari, though, isn’t having any of it–and it remains to be seen whether Jackie’s move can convince Basketball Wives‘ viewers.

Takari aired further grievances in an Essence interview this week, where the 27-year-old mother of three continued to hold nothing back. Takari accused Jackie of “[putting] more effort into a relationship for TV” than into the one with Takari, and said that she stopped trying to get Jackie’s approval after Jackie didn’t reach out when Jaxson suffered his injuries last fall.

Takari also said that Jackie’s domineering ways began at birth–and have yet to abate even though her daughter is now a grown woman with children of her own:

She’s just kind of like, stay over here, out of the way. I’ve been at events, actually, when I was finally invited around. They take family pictures and I’m told to go stand over somewhere else….I think a lot of people interpret it as well, ‘Oh, you know, they had an argument or a fight one day and they have not been able to patch things up since then.’ And that’s not what we have here. That’s not what we have here at all. This is a since-birth type [thing]. I can’t tell you, I can’t put it into words. I don’t know how you feel that way towards another human or your own child, but it’s just animosity.

After that interview was published, Jackie tried to take matters into her own hands by going back to the past. She didn’t mention Takari by name in the post that foreshadowed the Jackie Christie Takari Lee throwback pics to come, but did suggest that she felt her side of the story had been underrepresented:

? #From the desk of #jackiechristie @vh1 #bbwla #basketballwives #love

By our count, Jackie then followed up with fourteen photos involving various stages of Takari’s childhood. (In many of the captions Jackie refers to Takari as one of her “queens.”) You can visit Jackie’s Instagram page to see them all and form your own opinions regarding the feud. For now, it seems safe to say that it’s impossible to confirm Takari’s allegations by looking at the photos Jackie shared, just as it’s impossible to determine whether or not Jackie was a terrific mother from a few snapshots.

Here are a few of the Jackie Christie Takari Lee throwback pics–again, it seems highly unlikely that Jackie will be deleting any of them anytime soon (if ever), so make sure you scan her IG page to get the full scope of her story.

#FBF Doug's beautiful Grandmother Lucile &My Beautiful Mommy Cora our lil Queens #Chani & #Kari on a family Cruise dougs mom and dad and grandfather aren't pictured here & Lil dougie wasn't born yet??❤️? #funinthesun I laughed so hard at bana (chani) when she wouldn't stop clowning around, she always would turn up in pics no matter who was taking it they would crack up! @erndukes h look at yo girl bana she always been turnt! Ha lol

#FBF At home in Toronto Canada with our lil people?I had just cut my hair and was experimenting! My braces were the focal point lol and I had just had some Grits shipped to us from Seattle!! As they were not a quick find at the markets and I needed my grits! #photocred Big papa! ✨

#FBF late post ?#Kari we both wore braces but hers was cuter!when took this pic at home in Seattle i was thinking wow our lil queen is growing up!

#TBT #Awe one of my best friends Shelly with our lil ladies they were growing up! We were at a Basketball game having fun I couldn't get the picture clear enough tho! ??#chani #Shelly & #Kari #mytribe #queens #jackiechristie #dougchristie

#Tbt my other Toronto Canada ?? bestie & hair braided I use to fly in to Seattle to our home and she would braid me and Kari's hair! Chani too but only sometimes! ?❤️#chani #Tamia #kari #jackiechristie #dougchristie

#TBT ?at home in Seattle such an amazing day! And my grown baby Kari who was a new mommy, Tamia & my sisters daughter Lexi looked so gorgeous! #tamia #Kari #lexi #jackiechristie #dougchristie