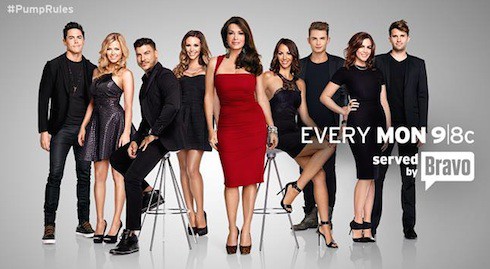 It’s no big secret that reality TV shows are sometimes gently assisted by producers and writers who have specific stories in mind. Some recent comments by new-slash-old cast member Stassi Schroeder, though, have fans wondering: Is the Vanderpump Rules cast actors? Stassi recently talked about a bit of a clash she had with PumpRules producers, who insisted that she misrepresent the state of her relationship for the benefit of the cameras–and that, because of her contract, she had no choice but to oblige.

Stassi’s specific comments regarding the Vanderpump Rules cast actors question came well after the footage had been shot. She described the situation on her podcast, Straight Up With Stassi, in a response to a fan e-mail about her relationship with boyfriend Patrick Meagher. Stassi Schroeder and Patrick Meagher appeared to break up because, after they moved in together, “it felt like [they] were an old married couple.” Stassi confirmed the breakup during a series of promotional appearances, among them a Fashion & Style interview. 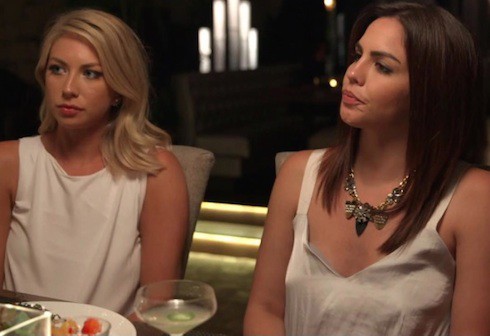 However, when it came to record her podcast, Stassi was much more forthcoming about what actually happened. “I hate that we have to keep so many things secret,” she said. “[The producers] made me say that me and Patrick were still broken up. [But] Patrick’s not on the show. Why does it f*uking matter? I don’t want to trick people.”

Stassi went on to explain that she also had to hide the fact that she had made up with Katie Maloney before her official return to Vanderpump Rules earlier this year. According to Stassi, the pair had become friends again off-camera, which meant they had to shoot a reconciliation that had already happened for the benefit of viewers.

Of course, this isn’t the first time that the Vanderpump Rules cast actors issue has come up in a high-profile venue. Kristin Doute once smacked down the notion that Vanderpump Rules is anything less than 100% legitimate with the now-famous line “You can’t script who I sleep with.” And Vanderpump arch-nemesis Brandi Glanville has accused the show of being scripted several times–most notably in the middle of an episode of Watch What Happens Live with Andy Cohen. (Pump Rules cast member Tom Sandoval then accused Brandi of jealousy over the show’s ratings, though he never specifically denied Brandi’s allegation.)