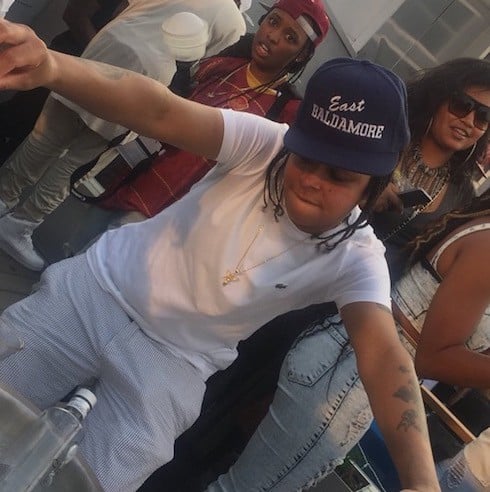 Felicia Pearson–better known to most of her fans and the world at large as Snoop from The Wire–is the latest new face to join the Love & Hip Hop New York Season 7 cast. Felicia has a long list of acting credits to her name, and is branching into the music business with her own record label, but it was two chance encounters that gave her life the shape it has today. The second was meeting actor Michael K. Williams, who brought Snoop to The Wire‘s producers and helped get her on the show. And the first was the second-degree murder charge Felicia was convicted of when she was just 14 years old.

On April 27, 1995, Felicia got into an argument with 15-year-old Okia Toomer, and shot twice in self-defense. Okia died that night. “﻿I was in the wrong place at the wrong time,” Felicia has said, of what happened that day. “You know, [a] hard head makes a soft behind. Somebody came after me and I shot them in self defense. That was the worst day of my life.” She was tried as an adult for the murder, and sentenced to back-to-back eight-year prison terms. Before being released, she served six-and-a-half years in the Maryland Correctional Institution for Women in Jesup MD.

In a 2008 interview with Larry King, filmed with several inmates inside the MCI itself, Felicia went into more detail about the circumstances of the murder. “You know, when you’re young, you run toward fights,” she explained. “There was a fight going on; I ran all the way around the corner into something I had nothing to do with….Girl tried to hit me with a metal bat, so I ducked. When I was younger I used to carry guns.”

In a later interview with VladTV, Felicia described what prison was like for a fourteen-and-a-half-year-old girl, especially given that Baltimore City Jail, where she was first incarcerated, has no juvenille facilities. “It was just hard,” she says, bluntly. “Like, growing up too fast.

“Then,” Felicia continued, “when I went and got my prison time [in Jesup]…man, that’s a whole ‘nother ballgame. You know, it’s time to really put your grown woman shoes on and go and do your time. It’s either, you gonna cry about it, or you gonna let people take advantage of you because you’re a child, or you’re gonna hold your own down. And I held my own down. I grew up fast.”

Felicia also talks about the realities of life in East Baltimore, where she grew up, and the circumstances that lead people to deal drugs for a living–something she says she started doing when just eleven years old:

Felicia seems to appreciate how lucky she is to have found a different path for herself, as well as a chance to give back. Indeed, circumstance is an ongoing theme in interviews Felicia has given over the years. She revealed in a 2015 Complex interview that she knew Freddie Gray, the 25-year-old Baltimore man who died of unexplained spinal injuries while in police custody. “We wasn’t close, close friends or nothing like that,” she said. “I stand in the club, go over and see him and whatever. It’s ‘What’s up, yo,’ ‘Ha ha ha,’ this, that, and the third. That’s about it….When you see it on camera and the vision of what’s going on in that camera, that should hurt your heart—his leg dragging.”

And she did sound resigned, though not particularly surprised, when discussing how a lack of options in Baltimore proper can and does contribute to the criminal activity that The Wire was able to capture, to widespread critical acclaim:

Baltimore city took a lot of schools away, a lot of recreation centers away. There’s just nowhere to go. Baltimore is small. We don’t got nowhere to go. Where are you pushing at? You’re pushing them out in the streets and the corner. Everybody from the hood is not a criminal. They’re just less fortunate, and they’re trying to go to school and better their lives to make it to the NBA, the NFL—anything. A doctor or lawyer. Anything. But if you take away all of the schools and recreational centers, and you push them on the streets, then what are you going to get? 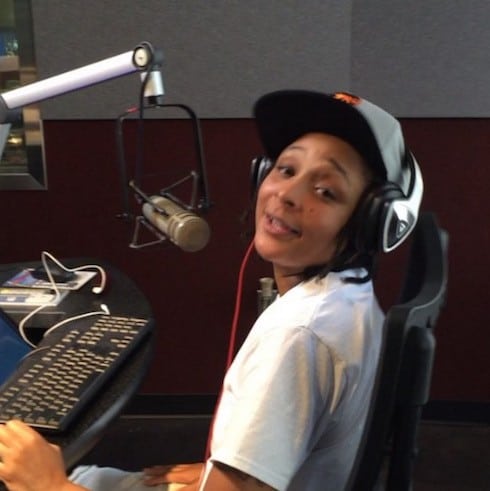 Since her breakthrough on The Wire, Felicia has acted in a handful of movies and TV shows, most notably in last year’s Chi-Raq and an episode of Blue Bloods earlier this year. In fact, whether colloquially or literally, Felicia claims Chi-Raq director Spike Lee as a relative:

Me an my uncle @sheltonjlee thank u again love u for life ‼️???

And, in addition to her burgeoning musical interests, it looks like we should expect the Snoop sex toy line before too long:

You can follow Felicia on Instagram here, and on Twitter here. (She hasn’t used Twitter in awhile, though of course that may change once LHHNY Season 7 begins.) And you can follow her exploits with Gorgeous Gangster Records when Love & Hip Hop airs: Monday nights at 8 PM EST on VH1.

(Photo credits: LHHNY Snoop from The Wire via Instagram)

DATELINE: ‘Finding Sarah Goode’ The murderer of a young mother kills himself in jail