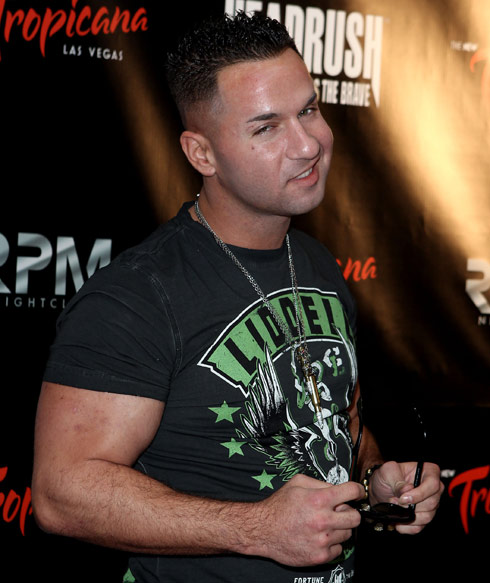 We all know our guidos and guidettes from Jersey Shore bring it hard and according to TMZ all the Seaside Heights shenanigans have finally caught up with The Situation.

Sources are stating that Michael Sorrentino has checked himself into an inpatient treatment program for substance abuse problems. A rep for Sitch took the old rest and relaxation explanation to spin this little GTL vacation:

“…[Sorrentino] has spent the past several weeks at an undisclosed location for much needed rest and recuperation after his extensive production and appearance schedule.”

Michael’s been on a relentless and seemingly unending schedule of appearances and paid partying to cash in on the fame from the show. He’s always stated that he’s well aware that his 15 minutes from JS will one day come to a halt and that he aims on makin’ his bank while he can.

These same sources added that Michael was showing signs of substance abuse problems during the most reason season of the show and that it was getting worse as the taping dragged on. They are hopeful he gets the help he needs so he can be back up and at it for the recently announced 6th season.

Either way, we hope Mike gets to feeling better because there ain’t no Shore without our boy.

JERSEY SHORE Are Ronnie Ortiz-Magro and Jen Harley expecting a second child, or are they just trolling the Internet?

PHOTOS Snooki gets a haircut