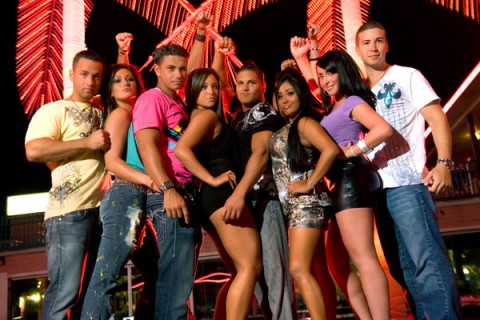 Clearly the American television viewing audience was completely unprepared for the rawness of MTV’s Jersey Shore. Guido fever has swept through the media and the nation and though everything from rationality and moral decency have been tried as a vaccine, nothing seems to be working.

Spearheading the Giuseppidemic is self-proclaimed Guidette Nicole “Snooki” Polizzi, whose wild antics and audacious personality led to the infamous “Snooki punch” cleverly used by MTV in commercials for the show, and then censored from the actual episode before airing.

Running a close second to Snooki is the Guidoest of the Guidos, the abtastic Italian Stallion known simply as “The Situation.” Michael Sorrentino is his real name and the 27-year-old juicer hails from West Brighton on Staten Island. He attended Manalapan High School, graduating in either 1999 or 2000. Here is his yearbook photo someone over at ONTD was able to dig up: 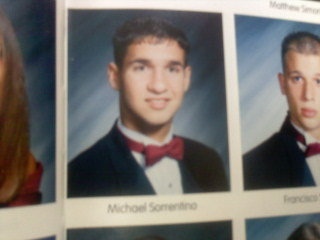 I did some intense googlization and found three different myspace accounts for The Situation. The first one didn’t offer much info and only had this one picture of a young Mike Sorrentino, who apparently developed his six-pack in junior high: 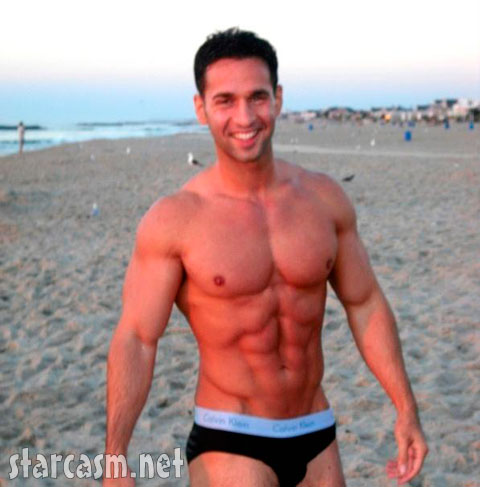 Though he had managed to perfect his abs, his nickname was apparently still a work in progress because at the time he referred to himself as “Serious Situation.”

The second myspace account had a few more nuggets, including a number of photos with a couple different blond hotties. At this point it appears as though The Situation has fully evolved, maintaining his physique and adding his head tilted forward/pouty lip pose. Click the thumbnails for larger images in the gallery: 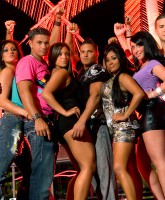 All 8 cast members of The Jersey Shore reality show 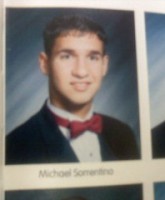 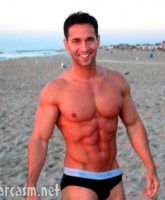 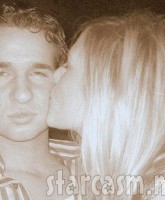 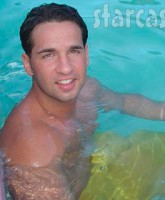 Mike Sorrentino The Situation myspace picture 9 in a swimming pool 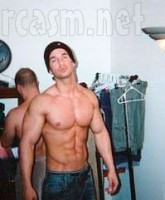 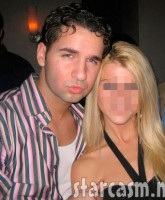 Mike Sorrentino The Situation myspace picture 3 with an anonymous blond 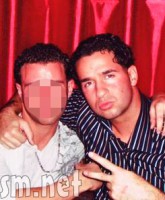 Mike Sorrentino The Situation myspace picture 4 with an anonymous wingman 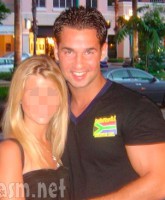 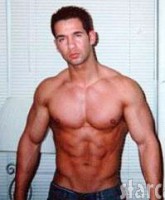 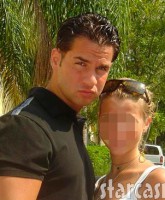 Mike Sorrentino The Situation myspace picture 9 with a girlfriend?

The third myspace account is the post-Jersey Shore one, which you can see HERE. Most of the photos there are promotional photos from the show and from their public appearances since its premiere.

Don’t miss out on Mikey and his Jersey cast mates in the starcasm.net exclusive Top 5 Star Wars and Jersey Shore trading cards! Here’s a thumbnail sneak peek of Mike “The Situation” Sorrentino as “The Sithuation” (In honor of Sith Lord Darth Maul).

Click the image to see the full-sized picture as well as the rest of the Top 5!

PHOTOS: The Situation has himself a hair situation