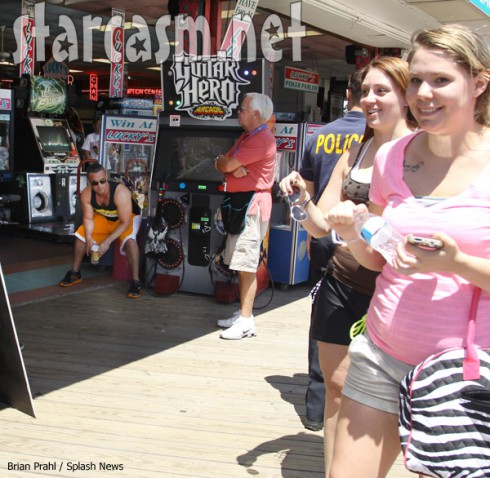 MTV reality show worlds almost imploded Friday when Teen Mom 2’s Kailyn Lowry was strolling on the boardwalk in Seaside Heights, NJ, and saw none other than The Situation chilling outside of the T-Shirt shop the Jersey Shore kids have to work at. Both MTV-lebrities were filming for their respective shows, so MTV put the kibosh on the two of them meeting.The producers probably muttered something about the world exploding after briefly concocting a showmance storyline between the two reality stars.

Kailyn reportedly met in line to meet The Situation, but was forced to vacate the premises for the good life as we know it (and, probably more insidious, “jumping the shark” dangers.) That didn’t stop her from walking past hoping to get her photo snapped by a pap. We love the look on Kail’s face in the photo above.

And here she is looking back at “The Sitch.” The guy wearing a fanny pack is unfazed. His obliviousness and indifference may have been the only thing that saved the earth from melting in on itself: 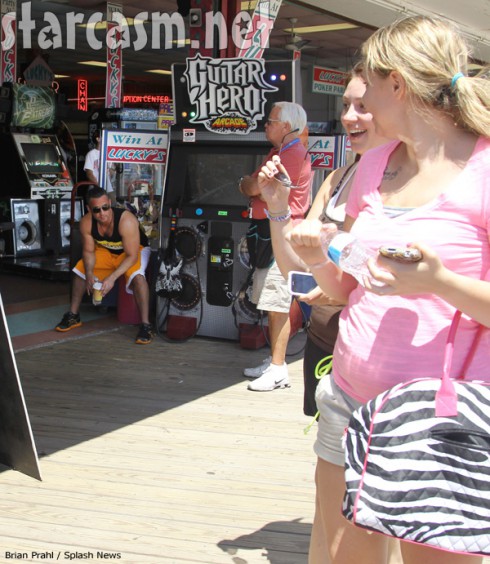 A while back Farrah Abraham was rumored to be dating Pauly D, but at the time the two of them had never even met (click here for our horrifying Photoshop work about that hypothetical situation. Prepare to have your eyes bleed.) Now Kailyn and The Situation can at least say they’ve been photographed together.

VIDEO Taltos twin Brittany claims The Situation only has one ball