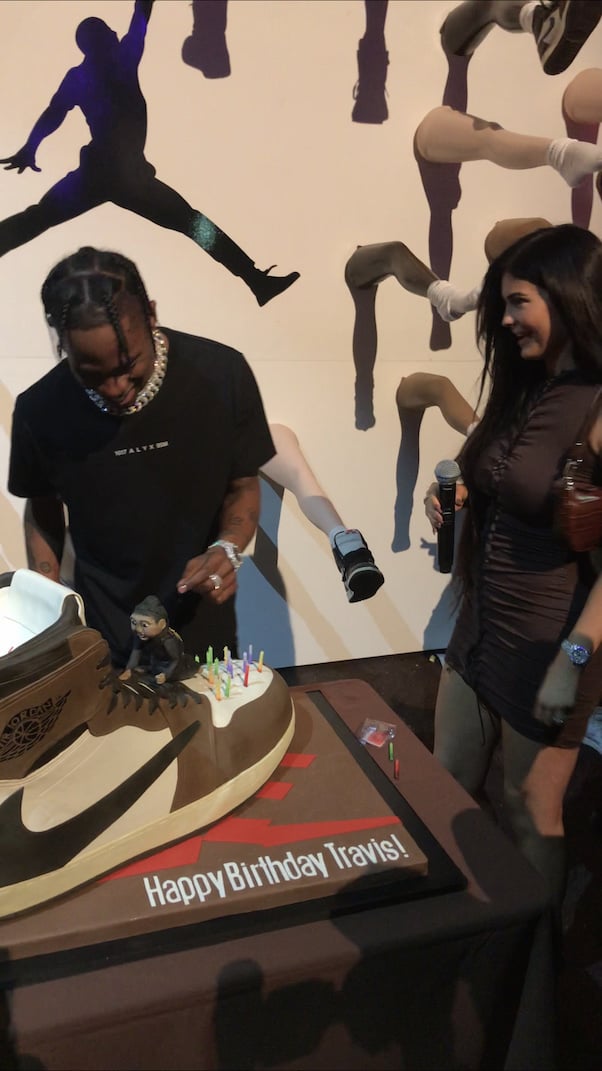 Kylie Jenner already made plenty of tabloid waves by telling baby daddy Travis Scott via Instagram post that she wants to “f*ck around and have another baby.” The declaration came in a birthday post for Travis, who turned 28 earlier this week. But it may have been a fake-out — is Kylie Jenner pregnant again already?

The speculation started thanks to a few photos from the pseudo-lavish party Kylie threw for Travis. (One of them is at the top of this very article.) Though it should be noted that Kylie’s dress was rather tight — and that there were plenty of edibles for the guests, so she may have been hitting the snack bar harder than usual — plenty of people took note of what looks like it maybe, possibly, potentially could be a second Kylie Jenner baby bump.

You can judge for yourself; here are a couple more photos from the party. The first is of Kylie and Travis, and benefits greatly from a flash: 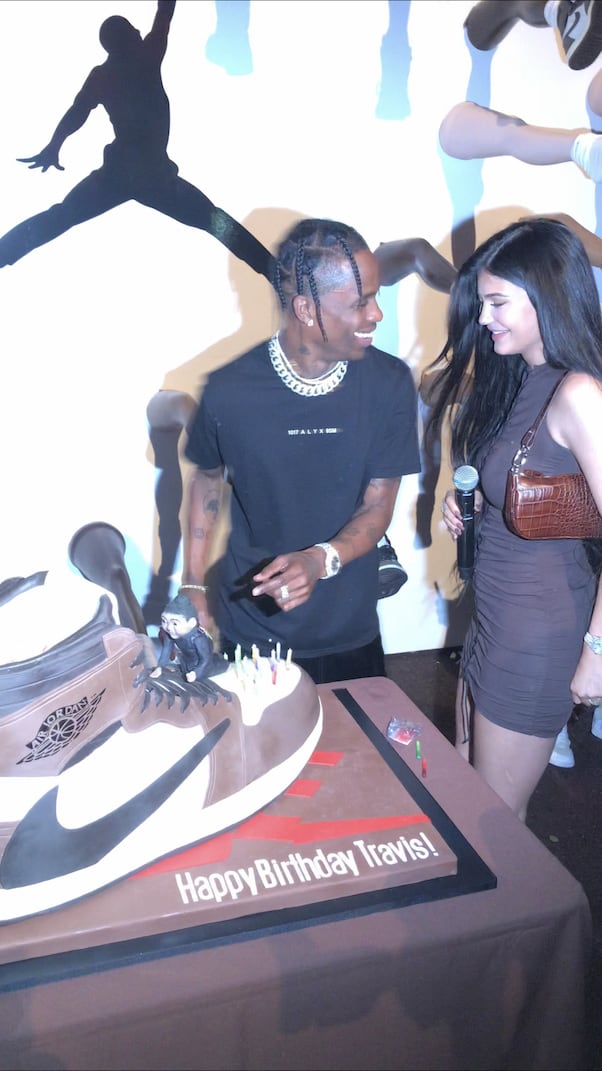 The second lacks a flash, but is just of Kylie. (Side note: after you’ve looked at these pics for awhile, all those dismembered mannequin extremities on the wall become quite a distraction.) 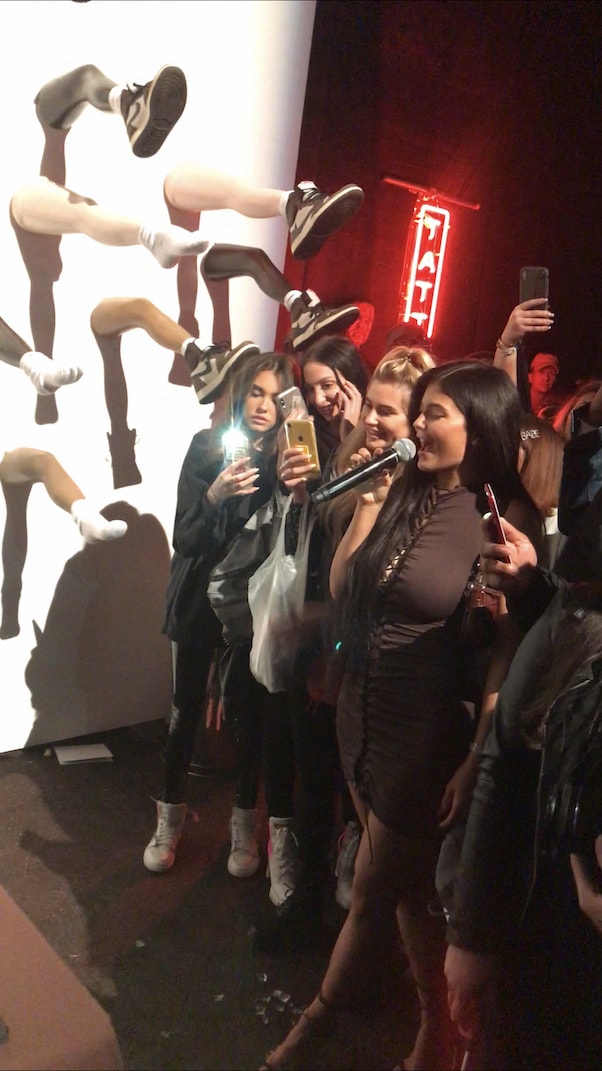 In addition to her birthday “f*ck around” notice, we do know that Kylie’s allegedly been hoping for a second baby with Travis since shortly after Stormi’s birth last year. And this time of year is when she became pregnant with Stormi, not long after she and Travis started dating in 2017. So, take that for whatever you think it’s worth.

In related Kylie Jenner gossip, she’s been flashing what looks like an engagement ring on Instagram over the past couple of days, while hawking another line of her beauty products. Here’s a screencap from her IG stories: 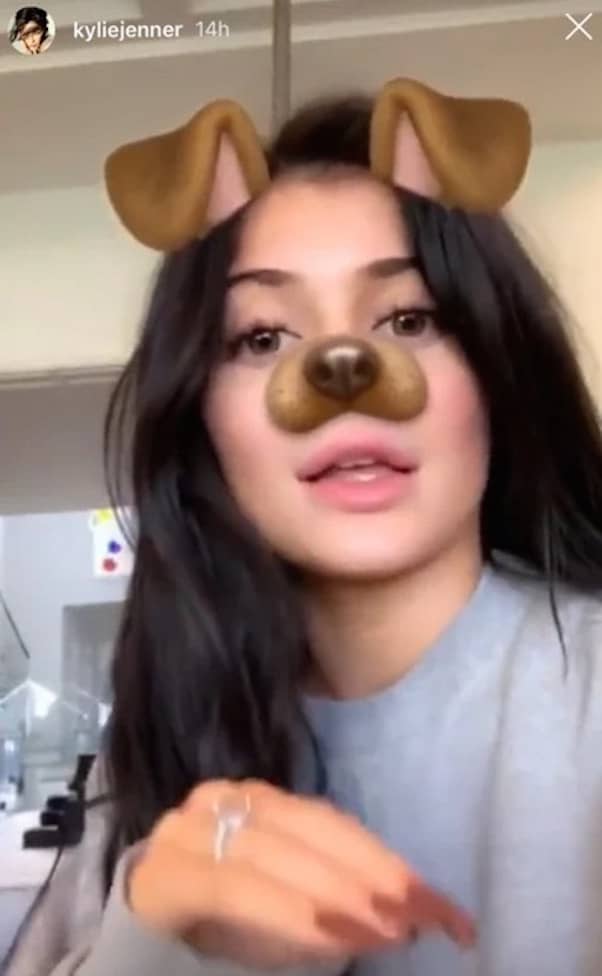 That ring looks like the one she’s wearing in the photos from Travis’ birthday party. And it, in turn, looks rather different from the huge bling ring she had on the last time gossip about Kylie and Travis getting engaged kicked into high gear. So, if Kylie is engaged to Travis, she has been for a couple of days.

I used to think that Kylie did stuff like this for entertainment, to see how much attention she could get. But now that she’s a billionaire and also a mother, I think she maybe doesn’t think as hard about stringing tabloids / social media followers along? It seems like doing that could get really old after awhile. But I also might be giving her too much credit. If I had 133 million Instagram followers, I’d probably lead them on the occasional wild goose chase. Who could resist?