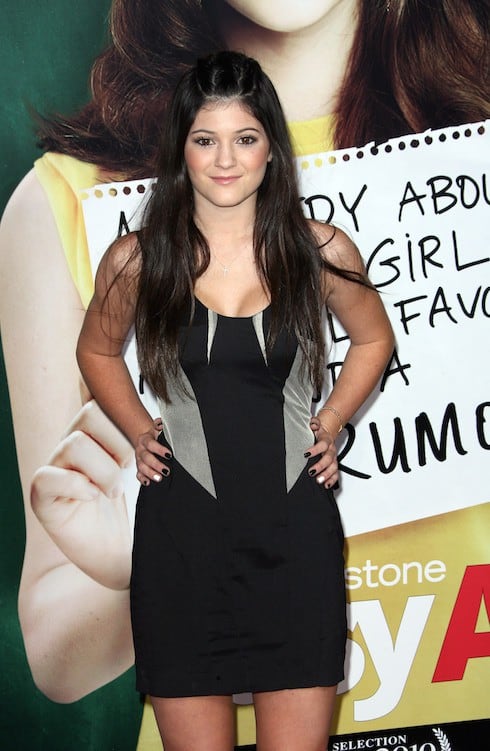 Kylie Jenner has had, oh, let’s call it an unidentifiable number of minor cosmetic surgeries over the years. We do know that her official plastic surgeon thinks that she is “very wise” about choosing which procedures to undergo. And we further know that if you want to look just like her, from the plumped lips down to the famous booty, you’ll need to plunk down around $150,000 to enlist the services of Beverly Hills plastic surgeon Jason Diamond.

But it’s impossible to turn back time and gaze upon Kylie Jenner’s old face, still untouched, when combined with her now 20-year-old, scalpelized body–unless you employ the magic of Photoshop. Which is exactly what the user behind the now-defunct @KylieJennersOldFace Instagram account did. The page’s photos went viral over the weekend before the account vanished mysteriously, possibly due to a cease-and-desist letter. And, while it seems pretty obvious that the images in question have all been tweaked enough to qualify for fair use, you’ve still got to lawyer up to prove that stuff in court–and going toe-to-toe with the Kardashians’ pit of lawyer money is no joke.

Fortunately, an intrepid Instagrammer by the name of @ririi718 managed to snag several of the shots and re-post them in a gallery, which we will gleefully share in a moment. Before we do, though, note that for comparison’s sake we’ve also published the photo at the top of this article, which was taken on September 13, 2010–just a month after Kylie had turned thirteen. 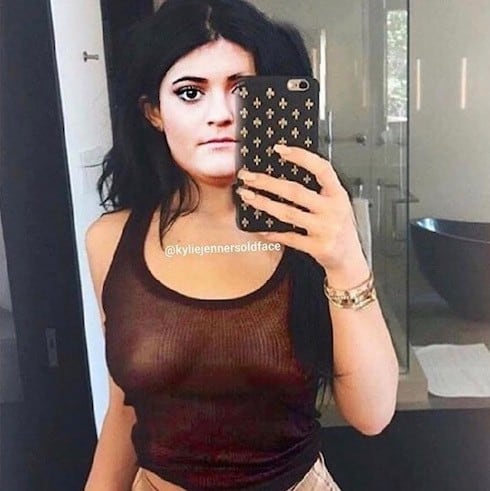 One from Kylie’s blonde phase: 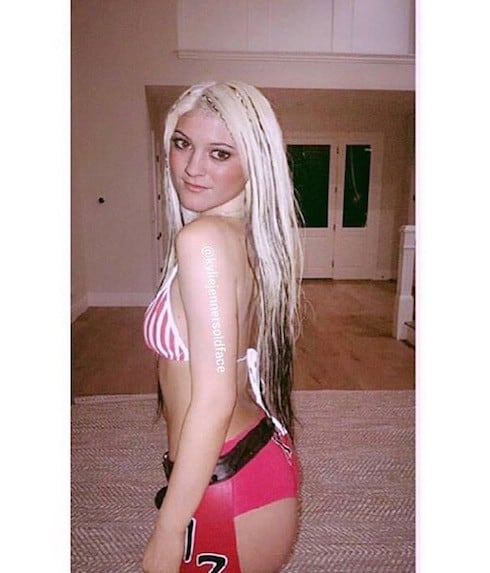 A classic for which Tyga is actually responsible: 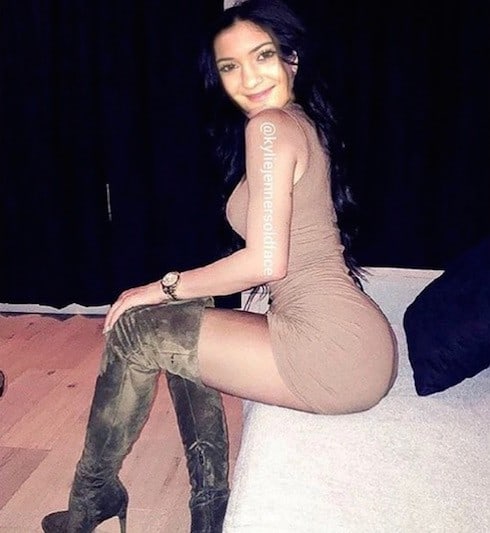 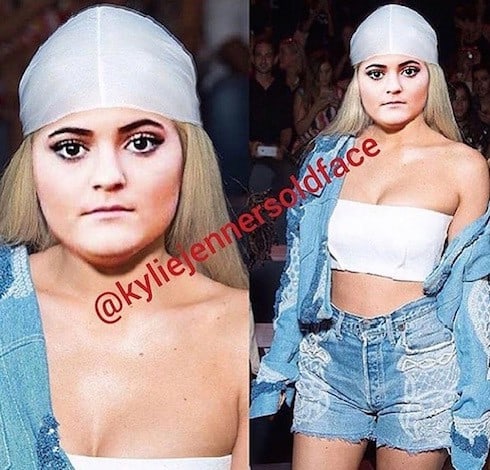 And a selfie-based tetraptych: 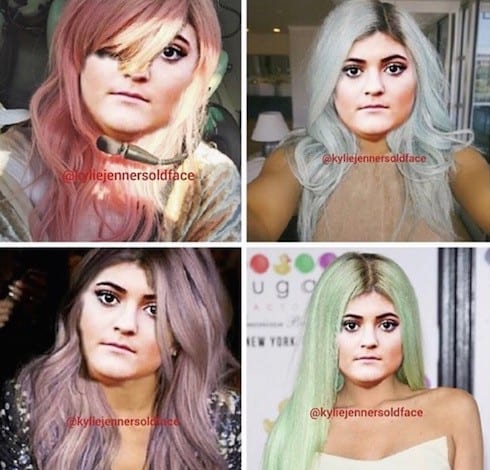 Finally, here’s the second-most cleavage-tastic of the lot: 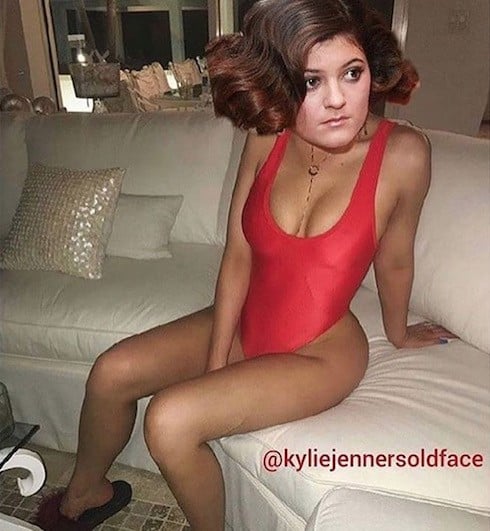 Of course, these pics are hardly the first time the Jenner girls have been made to look absurd via Photoshop. Devotées will recall Kirby Jenner, Kendall and Kylie’s infamous brother, and his photobombing antics.