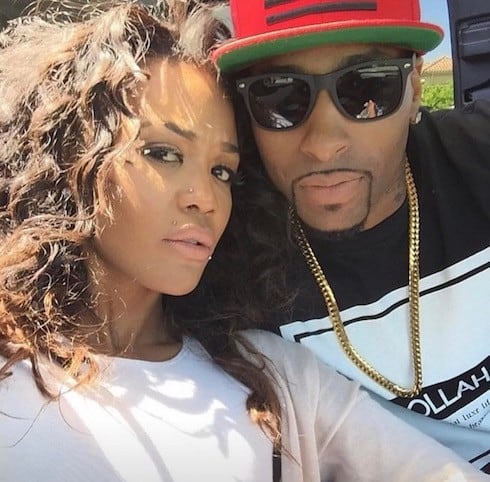 Love & Hip Hop Hollywood fans were treated to a huge surprise last month, when Keyshia Cole announced she’d managed to work out a deal with the show’s producers and would be joining the cast for Season 4. Keyshia also announced that filming for LHHH Season 4 was set to begin immediately–as in, several weeks ago now–and let slip that the new episodes will start airing this June. So, in one matter-of-fact swoop, Keyshia basically spilled a whole bunch of sweet tea and had her own legion of fans lapping it all up.

But, at almost exactly the same time, a separate spoiler for Season 4 got leaked: namely, that Shanda and Willie, who’d been among the biggest names in the supporting cast since their addition for Season 2, would not be coming back to the show. The news was first announced by noted fan site LHHTEA, who’ve been one of the most consistent and accurate when it comes to breaking Love & Hip Hop News before the producers intend to get it out there. Several days later, VH1info seconded the news.

Of course, Love & Hip Hop as a franchise has a fairly high rate of cast turnover from season to season. It’s not unusual for familiar member of one supporting cast to be shown the door or get elevated to main cast status after a successful year (though adding a high-profile performer like Keyshia Cole is a bit rarer). But it’s worth pointing out how closely the announcement followed the gossip–especially when you remember that Keyshia made headlines for her contract demands several weeks before she announced she was joining the LHHH cast. Those demands–something she was up-front about in a Breakfast Club interview–included a $1.5 million contract.

And it’s not like two supporting cast members–even ones as popular as LHHH Shanda and Willie–were making $1.5 million per season between them. The accounting practices of reality TV are mysterious, but they’re not *that* mysterious. Nonetheless, it doesn’t look like Shanda is sweating things:

But we happy about that decision ? ya'll can have dat ☺️

And, on a related note, congrats to the couple, who recently celebrated their ninth anniversary!

Happy 9th Year Anniversary baby @imshandadenyce Love Is not all about emotions. It's about making a choice and fighting for it. The road leading to "happily ever after" is bumpy and treacherous. Countless Tests are laid along the way. Only those who chose to fight TOGETHER will live happily ever after……. #ILoveYou 12/29 #Married9Years #Together14Years (styled by @superdopeclosetq )

PHOTO Summer Bunni spills A1 and Lyrica’s tea again in deleted receipts: They’re ‘too scared to face the truth’