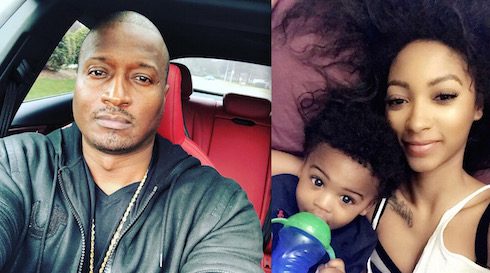 Wait a minute — Kirk Frost is not Jasmine Washington’s baby daddy?!? Despite Kirk confessing to Rasheeda on the LHHATL Season 7 premiere, a new report claims that the entire storyline was made up for the show, and that someone *else* is Kannon’s father.

Devotées will recall VH1 accidentally confirmed that Kirk is the father about a year ago, with an errant update to their article on Kirk’s children and baby mamas in the middle of Season 6. Nonetheless, Love & Hip Hop Atlanta strung this particular storyline all the way out into Season 7. And the show appeared to put a fork in it with Kirk’s confession to Rasheeda on the premiere last night.

But the noted gossip-slingers over at Fameolous — who had a hand in seemingly proving Kirk’s patronage last year — are calling shenanigans. According to their latest take, Kirk Frost is not Jasmine Washington’s baby daddy, and the network is simply stringing viewers along.

Kirk Frost isn’t the father of Jasmine Washington baby despite the lies you’ve just watched on television. The turth [sic] is Jasmine, Kirk and Rasheeda are getting paid to run this storyline that people seem to enjoy. Kirk hasn’t cheated on Rasheeda with Jasmine whatsoever. You can join our Gossip In The City to get more tea on this situation!

In case you missed it, Gossip In The City is Fameolous’ paid subscription gossip spinoff. Judging by the reaction in the comments on social media, there’s at least some skepticism that this post is simply meant to drum up more subscribers. (It’s also sparked a rumor that Trey Songz is Jasmine’s real baby daddy, though no one seems to know how that one got started.)

We’ll also remind you that there was a counter-story about baby Kannon’s real father around this time last year. According to that take, Kirk was being blackmailed by Jasmine, since she knew that Kannon’s real father was Logan, her boyfriend of 11 years. Additionally, it was claimed that Jasmine was being pimped out by Rod Bullock.

One thing we know for sure is that Kirk and Jasmine settled her paternity suit out of court last summer, shortly after Kirk finally consented to take a DNA test. By that time, he and Rasheeda had been separated for months, and Rasheeda was said to be considering divorce.

We’ll also point out that if Twitter’s reaction during the LHHATL Season 7 premiere was any indication of the fanbase as a whole, viewers are pretty sick of this particular drama. It’s hard to get people to care about the baby’s real father when the same people already feel like everyone involved is using the baby for ratings. (The fact that Kirk is not very well-loved — to put it as gently as possible — doesn’t help.)