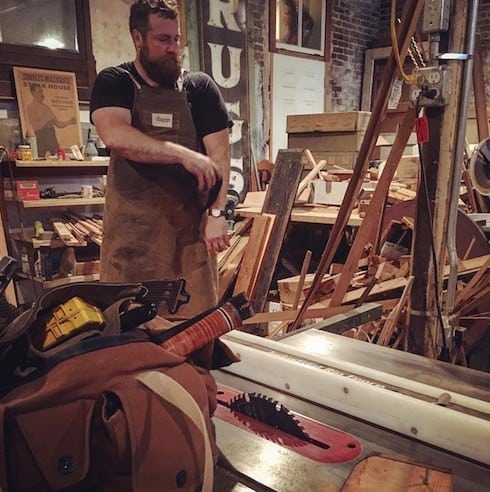 It’s a question that gets asked of every new show on HGTV, and their latest hit Home Town is no different: Do the people on Home Town keep the furnishings? Viewers are enamored–to say the least!–of Erin and Ben Napier’s cozy aesthetic, due in no small part to the huge array of crafts and custom-built furniture the couple manages to tuck into every one of their renovations. In fact, it’s worth pointing out that the Napiers go even farther than Joanna Gaines when it comes to decorating: where Joanna’s reveal style is clearly defined but definitely restrained, Erin tends toward making a house look as much like a home as possible before the new owners get their first look.

So, speaking of Fixer Upper, it probably won’t come as a surprise to learn that the folks on Home Town don’t get to keep the furnishings that the Napiers use to decorate the house for the cameras. The items are all hand-selected for specific use on the show–especially the one or two focus items from Laurel that every episode makes a point of showcasing, like the original print in the left of the photo below, which featured prominently in the “Homecoming” episode: 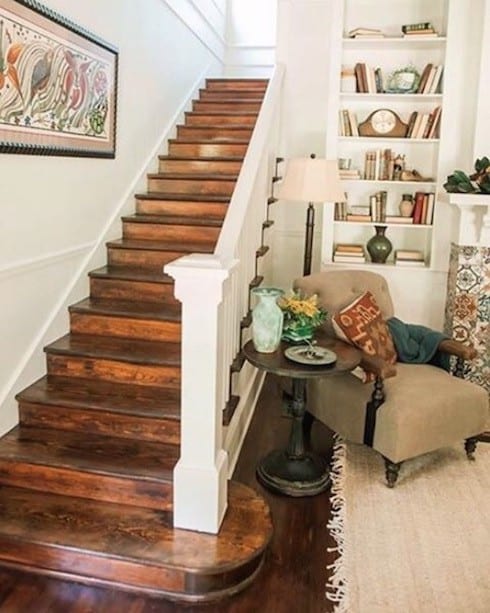 However, as is the case with Joanna and Chip’s Magnolia Silos, interested fans can pick up a basketful of items from the Laurel Mercantile, a “hometown store” that Erin and Ben own with two other Laurel couples. You can visit in person, silo-style, or check the “Featured” section on the Mercantile’s web site, which looks like it gets updated on the regular as new Home Town episodes air. (Devoteés of Ben’s woodwork will be happy to know that there’s also a “Furniture” section, featuring a growing collection of pieces from his shop.)

It’s also worth pointing out that the Napiers appear to have a much bigger purpose in mind with the Laurel Mercantile. For them, the store is integral to their mission of helping revive the entirety of Laurel–as well as helping rescue small town America. “If we’re going to be serious about revitalizing small town America,” the store’s site proclaims, “then we have to be serious about American manufacturing and the small towns that depend on it. That’s what Laurel was founded on, and that’s what’ll keep her strong.”

UPDATE – After the amazing (and amazingly detailed) Season 1 finale displayed more personal touches than any other episode all year, we had to reach out for more detail. We asked Erin herself: Do the people on Home Town keep the furnishings? Specifically, did new Laurel resident Amber Hayes? Erin’s answer was typically charming (and, to our surprise, made us hungry):

@john_starcasm She kept a lot, some was hers, some was not. I like to make a casserole of the interior dressing! ☺️

(Photo credits: Do the people on Home Town keep the furnishings via Instagram)