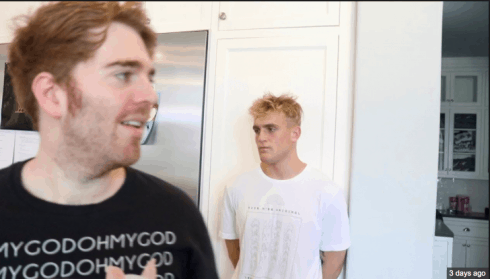 Today Shane Dawson released the first episode of his much-anticipated documentary series on YouTube villain Jake Paul. At the start of the episode, Shane explains how difficult it was for him to make the series. He also says he plans to speak to a psychologist to ask whether or not Jake Paul is a sociopath, because that’s a common word Paul’s critics use to describe him.

“People hate me — and if this is gonna hurt you — if there’s anything to do to avoid you getting hurt, we should do it,” Jake Paul says, in his initial voice message to Shane. “We should be as honest as possible about everything and I trust you, I trust you.”

Shane got more backlash over news that he was working on a Jake Paul documentary than for any other controversial subject he’s covered so far. Even Tana Mongeau and Jeffree Star stirred up far less grief for Shane.

Shane hints that he was perhaps too nice in his series on his friend Tana Mongeau — mentioning his similar series about Mongeau’s disastrous Tanacon project — and vows to take Jake Paul to task. 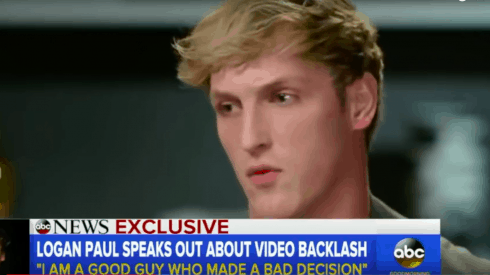 “I am a fixer. I am way too nice, way too forgiving, way too loyal, and I don’t want to do that this time,” Shane explains. “I want this time to like actually sit down in a room with [Paul] and be like, ‘This is why people don’t like you. This is what you did that was bad. I want you to tell me why you did it, be honest about it, and change your life and f**king stop.”

Shane wonders if Jake Paul wants to do the series with him just for views, or if he actually intends to be honest and open to change. Shane also seems super concerned about whether or not Jake Paul can be categorized as a sociopath. 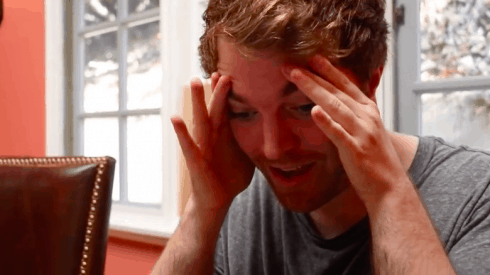 “From what I’ve read about sociopaths,” Shane says, “it’s somebody who doesn’t have a sense of morality. They don’t know what good or bad is. They don’t know when to stop. They enjoy manipulating people, f**king with people, and hurting people. They think they’re better than everybody and everybody is just a pawn in their chess game. It’s pretty dark.”

Following Shane’s description of a sociopath is a clip from Dr. Phil, explaining that when sociopaths go to therapy, they end up learning new techniques of manipulation from their therapist — instead of learning how to better themselves.

Shane asks his audience to not be mad at him for giving a platform to a “possible sociopath,” but explains that he finds the rise and fall of Jake Paul and all the potential darkness surrounding Paul utterly fascinating.

The psychologist that Shane talked to says she’s noticed sociopathic tendencies in several different YouTubers. From there, Shane speculates that perhaps almost everyone on YouTube has to have some sort of diagnosable personality disorder or issue. Their tendency to share every detail of their lives and put on performances that cross the line between reality and entertainment can be extreme even in this intense age of social media. (The term “narcissistic” is also often thrown around when it comes to YouTubers and social media influencers.)

Jake Paul acquired a YouTube house in 2016. He also has a rotating group of roommates who he dubs “Team 10.” Members of Team 10 are usually aspiring models, singers, actors, and the like, and generally launch successful YouTube channels thanks to the collaboration.

Life in the house, however, isn’t easy. According to Jake Paul’s ex-girlfriend Alissa Violet (herself a former Team 10 member), in order to be a part of Team 10, you have to sign a contract giving Jake Paul 20% of your revenue for five years. Violet acknowledges that different members may have different contracts, but that those are the terms she worked with.

Other rules of living in the Team 10 house include no drinking; having all guests approved by Jake Paul himself; and getting fined $50 if you aren’t out of bed and filming content for the day by 10 AM.

In a conversation with iNabber, Shane brings up the fact that he wants to talk about some of the extreme behavior that can occur on YouTube in order to show that it’s “not okay” to continuously push boundaries and hurt yourself and others simply for views. Shane mentions a case from last year, in which one YouTuber was so desperate to get noticed that he had his pregnant girlfriend shoot him. Unfortunately the stunt went wrong, and she killed him instead.

Although Shane’s series starts off highly critical of Jake Paul, it’s possible there is a redemptive arc coming. And Jake Paul doesn’t seem too bothered. Today, he posted a video asking viewers to watch the series with an open mind and claimed that he trusts Shane Dawson to be fair in his presentation of Jake’s story.