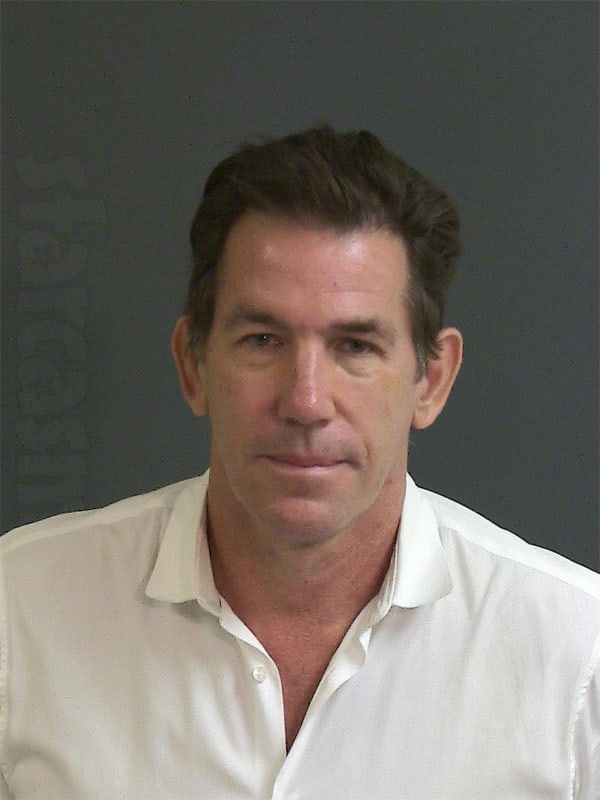 The 56-year-old reality star and former South Carolina state treasurer was booked by Charleston City Police at 10:11 this morning on a misdemeanor charge of 2nd degree assault and battery. The arrest comes more than four months after “Nanny Dawn” reported Thomas to Charleston Police with accusations of sexual assault after an alleged incident in 2015.

Nanny Dawn went public with her recollection of events back in May. Here’s an excerpt:

“I put Kensie to bed, and headed to the kitchen to make fresh baby food and wash and sterilize bottles,” she said. “That was when I heard Thomas enter the house just before midnight.”

Dawn said Thomas turned off the lights and when she called out to let him know she was working in the kitchen and needed light, he came into the kitchen and tried to kiss her. Despite Dawn rebuffing his advances and repeatedly telling him “no,” it did not stop the alleged assault.

“I didn’t want to scream and scare Kensie, but I told him no repeatedly,” she said.

Dawn later spoke with People and continued her account of what happened:

I told him ‘This isn’t appropriate. I work for you.’ He then hugged me as an alternative. I had baby bottles in my hands, so I couldn’t hug him. It felt like he was putting his weight on me….I went upstairs to get my jacket which had the key to my vehicle in the pocket. I was corralled into the master bedroom and he shut the door behind me. I turned around and he had his pants dropped, not wearing underwear. He was blocking the door. I was mortified, embarrassed, and scared.

I was unsure what to do because Kensie was sleeping very close by. He proceeded to rip my clothes off, and I struggled to redress. I remember how worried I was that I may have to run outside in the January cold without clothes on and in an upscale neighborhood. I lived almost an hour away so I would have to drive home naked.

People also posted about Thomas Ravenel’s arrest moments ago, and the site says they have been told it was related to Dawn’s allegations.

TMZ also reported on Thomas Ravene’s arrest, and they also suggested that it stemmed from Dawn’s story — but seemed to be very careful to not actually say it. “According to a police report,” their report reads, “the arrest comes on the heels of an accusation made by a woman in May who told cops Ravenel forcibly raped her at his home in 2015.”

Nanny Dawn’s accusations were not the first against Thomas, who settled a sexual assault case with Debbie Perkins for a reported $200,000 stemming from an alleged incident in 2015.

According to jail records, Thomas is still behind bars at the time of this post with a bond hearing pending.

UPDATE – Thomas Ravenel has been released on his own recognizance after posting a $20,000 bond. He was forced to surrender his passport and is not allowed out of South Carolina or near the alleged victim.

More from TMZ on the actual assault charge, which seems to match Nanny Dawn’s account:

We’ve obtained more docs detailing the alleged incident. The report states Ravenel allegedly grabbed the victim’s hand and placed it on his penis. While Thomas allegedly tried to remove her clothing, the victim’s shirt got wrapped around her neck, causing her to struggle to breathe.

The docs state Ravenel pulled the victim’s pants down and said, “Show me your pu**y,” while he allegedly began to grab her genitals. The woman was able to escape and she immediately told her sister and then ex-husband of the assault. Photos were taken of her injuries.