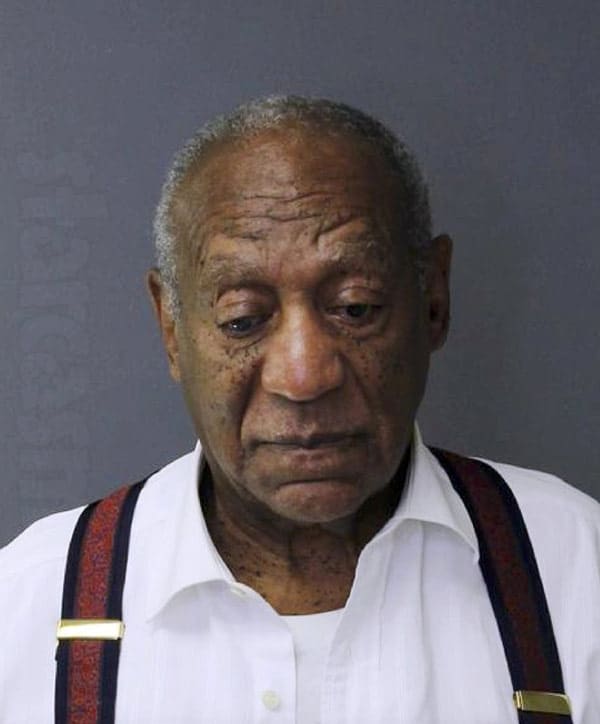 Disgraced comedian Bill Cosby has been sentenced to 3 to 10 years for his 2004 sexual assault of Temple University employee Andrea Constand at his home. After Cosby was booked into the Montgomery County Correctional Facility, authorities there released his mug shot photo.

In what will surely be one of the images most closely associated with the comedian in the coming decades, 81-year-old Cosby is seen looking down while wearing striped suspenders over a white button up shirt and white undershirt.

Cosby’s attorneys tried to keep their client from serving any time. They asked Judge Steven O’Neill to allow their client to be released on bail pending their appeal of his sentence — but Judge O’Neill refused.

“I’m not permitted to treat [Cosby] any differently based on who he is or who he was,” O’Neill stated, before referencing Andrea’s victim impact statement: “As she [Constand] said, Mr. Cosby, you took her beautiful, healthy young spirit and crushed it.” He then told Andrea: “I heard the very clear impact on your life.” 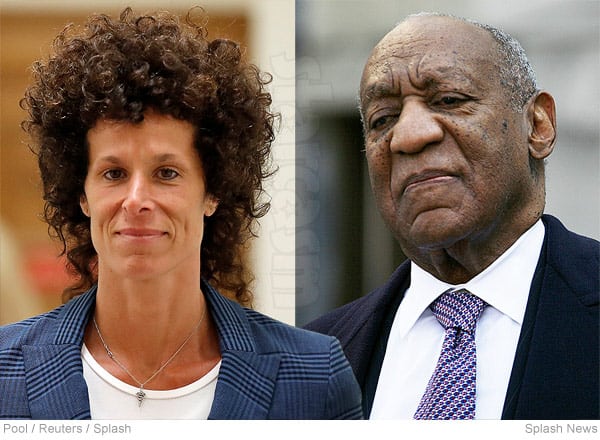 Bill Cosby spokesperson Andrew Wyatt gave a statement outside the courthouse after the sentencing and denial of bail:

This has been the most racist and sexist trial in the history of the United States. Dr. Cosby has been one of the greatest civil rights leaders in the United States for over the last fifty years. He has also been one of the greatest educators of men and boys over the last fifty years. This was not pointed out to the jury or allowed in court because the racist and sexist mass media was attacking and denouncing Dr. Cosby whenever his lawyers even hinted there was [racism] and sexism present. All three of the psychologists who testified against Dr. Cosby were white women who make money off of accusing black men of being sexual predators.

After reading the written statement, Wyatt continued, off-the-cuff. He also began referring to Cosby as Mr., instead of Dr.:

Mr. Cosby’s doing great, and Mr. Cosby knows that God is watching over him. He knows that these are lies. They persecuted Jesus, and look what happened. I’m not saying that Mr. Cosby is Jesus, but we know what this country has done to black men for centuries. But Mr. Cosby is doing fine. He’s holding up well. And everybody who wants to say anything negative, you’re a joke as well. Thank you.

Bill Cosby’s wife Camille Cosby also issued a statement after the sentencing. She seemed to shed a little light on the potential basis for the defense’s appeal by accusing District Attorney Kevin Steele of using doctored audio of a recorded phone conversation between Cosby and Andrea Constand’s mother.

But DA Steele shrugged off the accusation. “If that’s what they’ve got,” he said, “it’s beyond a hail Mary.”

In addition to serving his prison sentence, Bill Cosby will also be designated a “sexually violent predator” and be required to register as a sex offender. As a result, his name will appear on a sex-offender registry sent to neighbors, schools, and victims. The classification also mandates lifetime counseling and reporting to authorities quarterly.

Andrea Constand is just one of more than 60 women who have come forward to accuse Bill Cosby of sexual assault.