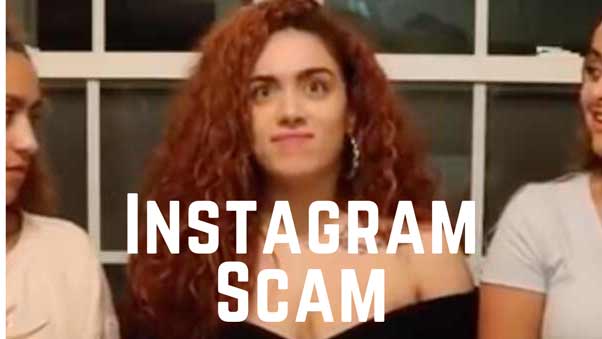 Kayla, who went by “@Kayg0ldi” online, had over 300k Instagram followers (her Instagram account is now shutdown) and 100k YouTube subscribers. Her YouTube channel is still up. In fact, this March, after she was released on bail, Kayla put up a YouTube video answering questions about herself. She not only ignored her recent legal trouble, she boldly answered that her biggest regret is her ex Jordan.

Kayla, who is in the middle in the video below, answers the question at the 13:40 mark. At first it sounds like she might address the fraud charges against her when she says she doesn’t think she should say. Instead, she settles on regretting her relationship with her ex-boyfriend Jordan Herrin, who is named as a co-conspirator in the criminal complaint against her.

Kayla seems mostly unbothered by the gravity of her alleged actions and the charges brought against her. When one of her victims threatened to report Kayla to law enforcement, Kayla simply responded, “Do what you gotta do.”

An official complaint filed by the state of New Jersey against Kayla alleges that Kayla engaged in a conspiracy to commit bank and wire fraud from July 2018 to February 2020.

How did Kayla’s scam work?

Kayla ran her scheme by showing off cash, shots of her bank account balance, and receipts from financial institutions on her Instagram stories with messages like this: “If you got a bank account and you are interested in making legal money, (hit me up) ASAP.” She would require that her victims be from South Jersey, since she would meet up with them in person. While most people would not dare give their bank account information to a stranger online, even if they are have a degree of influencer or fame, all it took was a few people to buy into her promises of wealth and prosperity and blindly trust her with some of their most sensitive information. Many of the people who responded were minors. 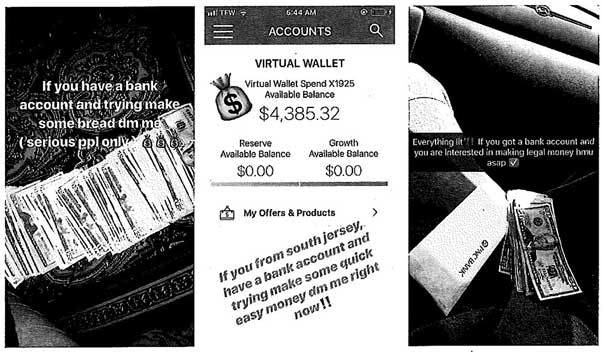 She tried to further earn trust from those she defrauded by telling them to empty out their bank accounts before allowing her access. Once she got the bank account information, Kayla would deposit fraudulent checks and money orders into their bank accounts. These financial documents seemed real enough that the funds would become available before the checks fully cleared.

In that time between the funds becoming available and the checks actually being checked out by the bank, Kayla and her co-conspirators (her boyfriend Jordan Herrin, her sister Leire Massa, her sister’s boyfriend Erasmo Feliciano, and friends William Logan, Dezhon McCrae, Alex Haines, Kevin McDaniels, Jabreel Martin, and Andrew Johnson) would withdraw the money, often leaving the bank accounts overdrawn. She would then block the victims’ phone numbers and social media accounts. Kayla and her coconspirators would then flaunt on social media the cash and luxury items they were able to obtain through their fraud.

Kayla allegedly told one victim, known as CF, that she would put them on payroll for her company and that they could earn more money the longer she kept their bank card. This person’s account was overdrawn by $4,000 when they regained access to it.

In 2018, the US Postal Service discovered that 53 blank money orders were stolen a Berlin, New Jersey post office and an investigation was started. In the meantime, Kayla and her accomplices were able to get over $1 million from their fraudulent activities. While a lot of the money they swindled was from these money orders, Kayla and her crew also swindled money from local businesses like Factory Tune Auto Repairs in Monroe Township, which initially lost $15,000 because of Kayla’s bogus checks in their names. Thankfully they were able to recover the funds.

On February 19, 2020, Kayla posted this on her now-defunct Instagram in a ploy for sympathy and a pledge for positivity.