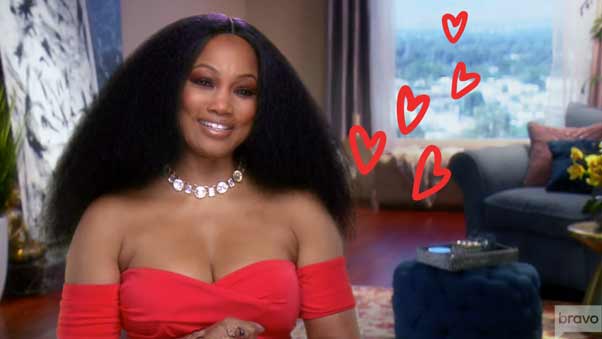 Real Housewives of Beverly Hill‘s newest fulltime addition 53-year-old Garcelle Beauvais is a working actress with a dynamic career. She’s also the first black woman to be featured on RHOBH. Garcelle’s a single mother of twin eleven-year-old boys and part of her storyline shows her upgrading her house and moving out of the home she shared with her ex-husband Mike Nilon, who she had a very public divorce from in 2011. Has she upgraded more than her house? Is Garcelle dating anyone now?

Garcelle has most recently been briefly linked to writer and producer Michael Elliot. She confirmed they were dating in December of 2019, but revealed they had already split by February, 2020. The Real Housewives of Beverly Hills freshman is currently single.

Michael Elliot is best known for penning screenplays for Just Wright, Brown Sugar, and Like Mike. When he started dating Garcelle late last year, he was recently split from his wife Mecca. The couple, who founded Namaste nail salon together, were featured on the OWN docuseries Black Love‘s Season 3 in 2019.

In the series, which was filmed in 2018, the couple was open about experiencing marital strife brought on by dealing with Mecca’s autoimmune disease. They separated, and then reconnected through meditation and spirituality.

“Shortly after we taped the show, which was the summer of 2018, we began a really rough patch as many married couples go through,” Mike says in the video. “It got heavy. It got hard. And ultimately we decided that it was best that we transition from being married to being friends, being family, and it was a big decision for us.”

Mecca created a term called “Authentic Unccoupling,” instead of using the word “divorce,” which they feel has negative connotations. They are still business partners, co-parents, and are not bitter about what they’ve gone through together.

Who else has Garcell been married to or dated?

Garcelle was married to talent agent and producer Mike Nilon from 2001 to 2011, and their relationship publicly exploded when she emailed his colleagues after she caught him cheating. Garcelle and Mike have 11-year-old twin boys together: Jax and Jaid. 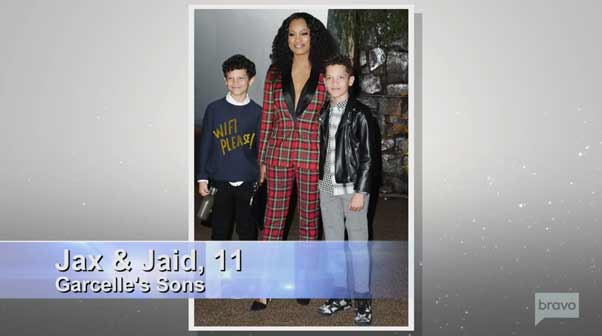 Before Mike Nilon, Garcelle had a nine-year-old marriage to producer Daniel Saunders (1991 – 2000). She had a son, Oliver (28,) with Daniel. Oliver recently made Garcelle a grandmother when he had his own baby boy, Oliver Jr., who was born this February. Garcelle and her sons Jax and Jaid were able to fly out to meet baby Oliver after his birth, but she hasn’t been able to see her brand new grandson in a long while because of social distancing measures.

Oliver Sr. even had to reschedule his March 27th wedding because of stay at home orders connected with the coronavirus.

Before her marriage to Daniel Saunders, the Garcelle briefly dated Will Smith (1990 – 1991), and she has also been connected to Sean Penn in 2011, after her divorce from Mike Nichols.

In a preview clip for Wednesday night’s episode of Real Housewives of Beverly Hills, Garcelle vents with some of her girlfriends about how “tricky” it can be to date in Hollywood, especially being a black woman.

In interview, a producer asks Garcelle what the men of Hollywood are like, she responds with laughter. “How much time do we have?” she jokes.

Garcelle may be single right now, but hopefully she can find a companion who recognizes her true worth and treats her like a queen deserves to be treated.