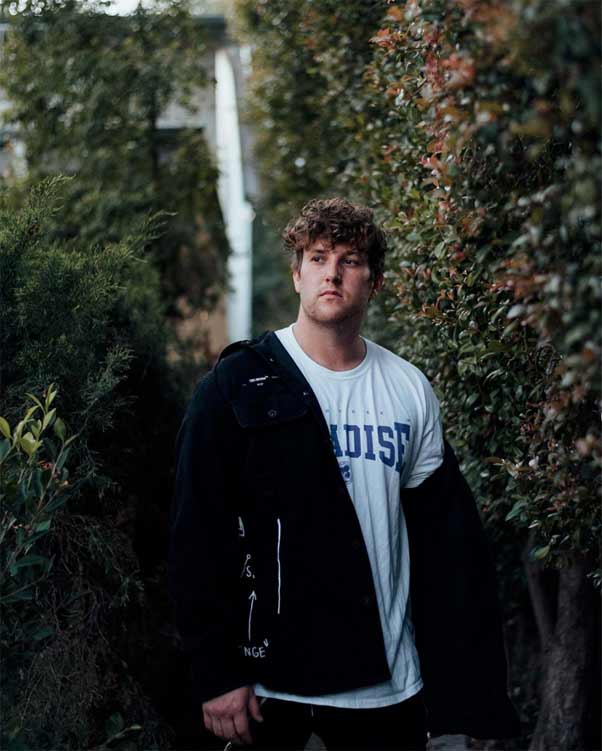 In the blink of an eye, everything can change. On May 9, 2020 YouTuber Corey La Barrie posted a video titled “Deleting This Video in 24 Hours . . .” advertising a Twitch stream the next day to celebrate his 25th birthday. “We might get a little bit drunk,” he says before fading out the shot with his palm.

The Twitch birthday celebration went as planned at 1 p.m., but unfortunately Corey passed away in a car crash before his birthday was over. His friend Daniel Silva, who appeared on the 10th season of Ink Master, was driving the car. He was charged with murder yesterday while still in the hospital recovering from his injuries.

Corey lost his life at around 9:30 p.m. Sunday evening when the 2020 McLaren he was riding in the passenger seat of crashed into a stop sign and a tree at a high speed.

A clip from Corey’s birthday stream can be seen by clicking here.

The LAPD announced Daniel Silva’s arrest on their website. According to police Silva, who sustained less severe injuries, got out of the car and tried to leave the scene but people rushing to help them wouldn’t let him leave. There were no other vehicles or people involved in the fatal crash.

“Drivers are reminded to obey the rules of the road and to drive at a safe speed,” the LAPD writes in their press release. “Speed kills and reckless driving puts other innocent bystanders in danger as well. If you are involved in a collision, you should pull over and stop as soon as it is safe to do so, notify emergency services, and remain at the scene to identify yourself.”

The police did not state that Daniel had been drinking, but Corey’s mom Lissa Harrison shared on Instagram that both Corey and Daniel had been intoxicated the night of Corey’s death.

“My heart breaks right now,” Lissa writes on the social media site. “On my sons 25 birthday today he was very drunk and got into a car with a drunk diver. The accident killed him instantly. No words can describe the sadness I feel in loosening a child. It just feels so unreal and I’m overwhelmed with grief. I love you so much Corey and will miss you so so much. It’s just so unfair.”

Corey’s brother Jarrad La Barrie corroborated that drunk driving was the catalyst for the crash. He posted on a touching tribute to his brother on Instagram: “This isn’t something i thought i would ever have to sit here and type out for a very long time or what i wanna do right now but everyone deserves to know, my brother Corey passed away last night in a car accident with his drunk friend driving… this is the hardest thing I’ve ever had to do i dont how I’m suppose to do this without you i miss you so much already this isn’t fair thank you for always being the best big brother i could ask for i love you so fucking much life’s never gonna be the same without you R.I.P❤️ P.S say hi to grandad and grandma for me i love you”

Corey was an Australia native who moved L.A. to pursue his career as a social media entertainer and influencer. Before his untimely death, Corey’s Instagram stories showed him drinking champagne to celebrate while listening to “Birthday Song” by 2 Chainz.