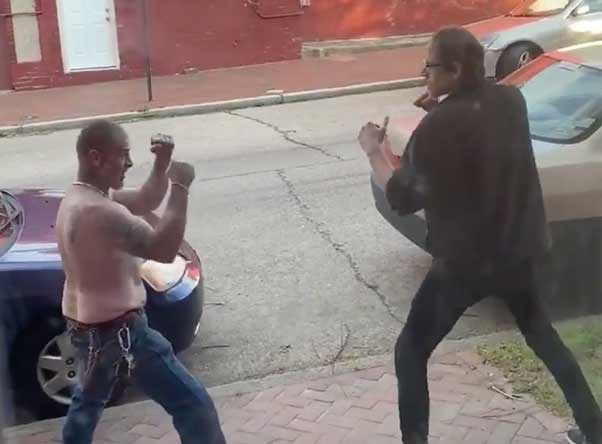 Actor Jeff Goldblum was trending on Twitter Tuesday because of a viral video that looked like he was owning a shirtless man in a streetfight. The tall, thin man wears glasses and carries himself in a similar manner to the Jurassic Park star, but it isn’t him. If you look more closely at the man’s features, they are completely unlike Jeff Goldblum. Maybe it’s the quarantine, but we still want to believe that it could be him.

*Sees Jeff Goldblum trending*
*Immediately fears the worst*
*Realizes it’s because his doppelgänger kicked the crap out of someone* pic.twitter.com/r9ic3UjF5Y

The video of two unknown men fighting on the sidewalk is captured by Leo Senpai @fallenleo on Twitter. At the time of this writing, the video has over 6 million views on Twitter. Leo’s explanation of the events paints the “Jeff Goldblum” guy in the glasses as a hero. He says the shirtless fellow started the altercation “Before this he was yelling at glasses guy calling him every racial slur too, shirtless man threw the first swing as well,” he says. “And literally anytime I’ve ever talked to him he always says disgusting things towards women.”

He added that this offensive behavior towards women is exactly what set off the man in glasses. According to Leo Senpai, “The reason this a$$ whooping was dished was because he joked about ‘oh I could just hog tie her up.'”

Shirtless guy may have started the fight, but he definitely picked the wrong battle as the guy in the glasses knew his way around roundhouse kicks. The end of the fight even seemed to mimic the “finish him” finale of Mortal Kombat games. 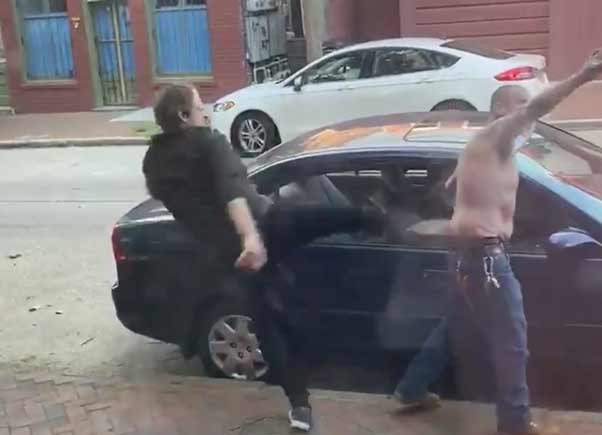 Although it looked like Shirtless Guy was done for, Leo Senpai says he came back for more. This time, however, he brought a 2×4 board to attempt to level up to his opponent. By the time the cops showed up Shirtless Guy had broken ribs and a broken nose and the Jeff Goldblum guy had a broken arm.

Because Jeff Goldblum was trending, the search term is also starting to fill up with thirst tweets about Jeff Goldblum, especially for his role in Earth Girls are Easy.

The Jeff Goldblum reveal from “Earth Girls are Easy” is the single sexiest moment in cinema and the truest expression of the female gaze. Look at it: pic.twitter.com/vBbRbQdFmv

Note: Links to movies in this post are affiliate links. A percentage of sale made through these links support the website.