Why would an innocent person confess to murdering someone? It’s a concept that’s hard to imagine, but it does happen. Tonight’s Dateline features a troubling 20 year case involving a 16-year-old boy who confessed to a murder he didn’t commit. 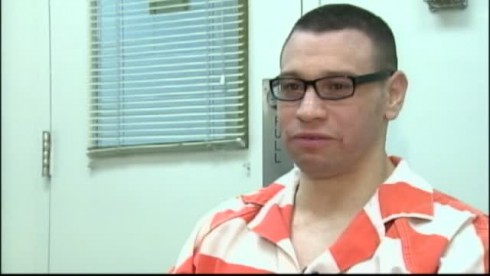 Daniel Villegas of El Paso, Texas says police coerced him into admitting he killed two teenagers, Robert England and Armando “Mando” Lazo, in 1993. He was released from prison last year when a state appeals court overturned his capital murder conviction. He’s not out of the woods yet, though, he’s facing a new trial.

“I’m kind of nervous and curious what exactly they are going to put on” Villegas said about the airing. “I’m also hoping it brings awareness to the case, to open more eyes. Not locally, but people around the nation.”

Villegas is working to get to know an adult daughter he had before he was sent to jail and taking care of his new 1-month-old baby boy with his girlfriend. He currently works construction with the man who helped get his appeal in motion. John Mimbela an El Paso construction contractor had never met Villegas, but took a special interest in his case over a decade ago. Since then he’s spent $400,000 and countless hours of his time fighting for Villegas.

“He is doing good,” Mimbela said. “He is working with me. He is trying to live his life and raise his family. He is excited and nervous. We are still hoping for the best.”