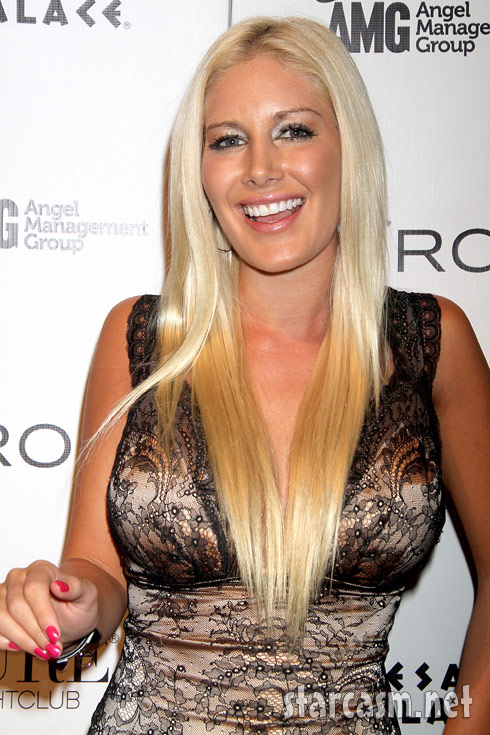 The cross-pollination of different reality TV franchises is possibly being elevated to a whole new stratosphere if Heidi Montag gets her wish and is cast for Bravo’s The Real Housewives of Beverly Hills.  This is no mistake, according to Radar the young flag bearer for plastic augmentation is in negotiations to join the Housewives franchise nation.

Even though it’s usually negative press, Heidi and her ever strange husband Spencer Pratt have been able to maintain an in-demand public profile.  Spencer told Radar that:

“We would move to Beverly Hills in a heartbeat. We would be psyched if this happened for us.”

My first instinct when I saw this report was, “Noooooooooooo!”  Our gals, and Giggy of course, from Beverly Hills have been a great addition to the franchise and the idea of Heidi sitting at a fru-fru brunch discussing Spence with Lisa or Kyle at first seems so strange.  After I settled down a little bit and thought it through I realized it just might work.

The outcroppings of smashing these two different worlds together could be very interesting and it seems possible that the now veteran RHOBH ladies could team up against their much younger, less wealthy, and more plasticised new cast member.  Heidi wouldn’t have a chance against a full on Vanderpump, Kim and Kyle Richards attack.  This concept does have the promise of some seriously entertaining TV.

So will this Heidi on Bravo scenario come to pass?  It’s hard to say but either way our ladies from the real Hills will be just fine.