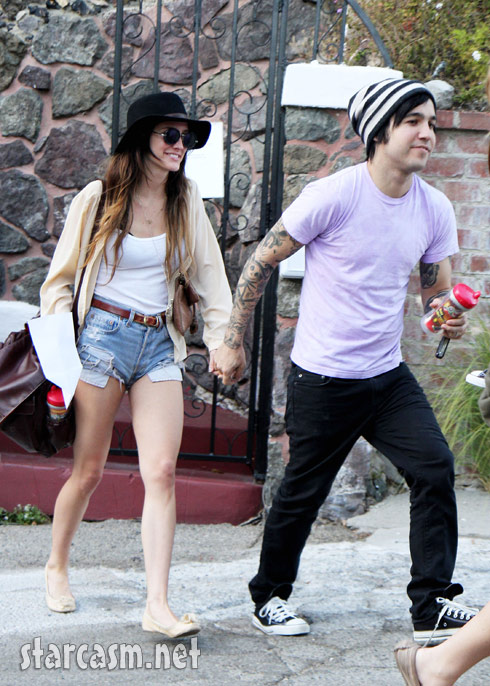 If Hollywood’s rich and famous aren’t busy making babies, they’re busy getting divorced.  Next up on the big “D” train is Ashley Simpson and Pete Wentz.  TMZ is reporting that Simpson has filed for divorce in Los Angeles.

Simpson is citing the ol’ “irreconsilable differences” as the reason and is seeking joint legal custody of their two-year-old son Bronx.  Simpson is also asking for spousal and child support.  According to TMZ’s sources there is no pre-nup.

There were rumors a number of months ago that the couple might be splitting up because of the sexy lead singer of Pete’s new band Black Cards by the name of Bebe Rexha, but maybe they weren’t just rumors after all! I wrote this prescient paragraph in my profile post on Bebe Rexha last July:

“All I can say is Ashley Simpson better look out! That there is nothing but TROUBLE – that wonderful, sexy, talented kind of trouble that ain’t nooooooooooo good when you’re married and trying to raise a family!”