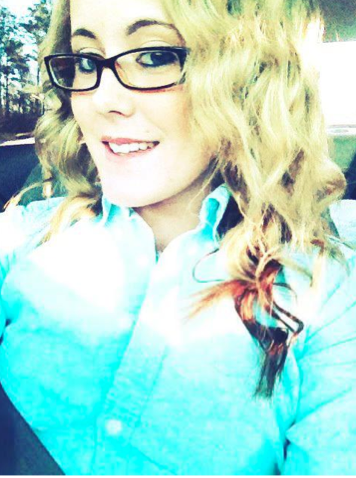 Teen Mom 2‘s Jenelle Evans, currently recovering from tonsil surgery, has been no stranger to the legal system in the past, but it’s quickly coming to public light that her two recent arrests in January 2012 really were as bogus and unsubstantiated as her camp claimed!

Hannah Inman, Jenelle’s former roommate, is the girl who filed the charges and the restraining order that put Jenelle behind bars twice last month. But there’s more to this story. Jenelle’s lawyer said that the charges Hannah filed against Jenelle were retaliatory because Jennelle filed cyber-stalking charges against a man named James Duffy, who Hannah was living with. Hannah denied having a relationship with Duffy, but claimed he was helping her launch her singing career.

James Duffy, who is about the twice the age of Jenelle and her friends, made waves when he posted pics of Jenelle, Hannah, and other girls partying online, and later sold them to tabloids.

Jenelle and Tori headed far away from Duffy, and Hannah did for a while, but she moved back in with him briefly because she believed he would help her develop a singing career. Now, she’s changed her tune as well.

Hannah moved away from Duffy recently. She’s dropped the restraining order she had against Jenelle, and is expected to drop the charges Monday.

“I’m going to let the court know what happened today.” According to E, Sullivan also “expressed confidence that, in light of today’s proceedings, the charge won’t hold up. There’s a hearing on Feb. 13.”

UPDATE – The case has been continued until March 19. Click here for all the details!

Jenelle’s still recovering from surgery to remove infected tonsils that have been troubling her all winter, and she’s also refuting Reality Weekly‘s story this week that she’s pushing for mom Barbara to adopt Jace fully because $30 in child support a week was too much. Umm, really?!?

In response to that claim, Jenelle told Starcasm: “Yeah that’s a lie I would never do that, I don’t know where they are getting that from. I will fight for custody of him until I get him back in my arms for the rest of my life.”

Should Teen Mom’s Maci Bookout have a second baby with Kyle King?