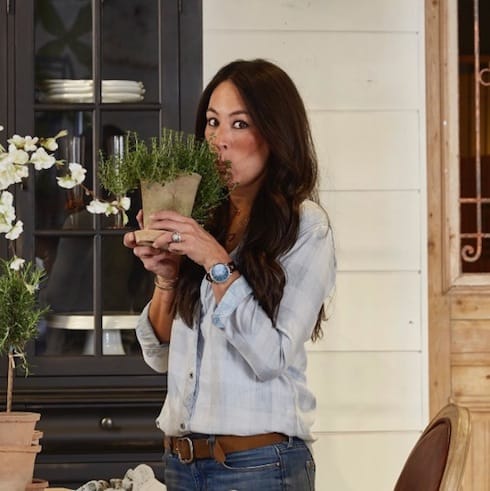 Joanna Gaines’ ethnicity is one of the most commonly discussed topics regarding the Fixer Upper star, and Joanna herself has answered fans’ questions on the topic a number of times. In fact, when Joanna first answered a question about her ethnicity–way back in Season 1, on the Magnolia Market blog–she brought up the fact that many fans seem to think she has native blood of some sort.

As she explained, though, that’s not the case: “I love hearing all the [fans’] guesses,” Joanna said. “Although I did play Pocahontas in high school, I am not Native American. My father is half Lebanese/half German and my mother is full Korean.”

And, as we wrote in an earlier article on Joanna’s parents, Mr. and Mrs. Stevens met in South Korea, before moving to Kansas and starting their family. Joanna was a young girl when her parents and two sisters packed up and headed further south, to Waco, where Mr. Stevens opened up the now-famous body shop that Joanna would later promote in a series of television commercials, which would, in turn, catch the eye of one Chipper Gaines. (If you haven’t seen a Joanna Gaines Firestone tire commercial for yourself, click here and enjoy.)

The question of Joanna Gaines’ ethnicity also came up on camera, and made its way into a Fixer Upper blooper reel. Check out Joanna dropping a little “demo day” education:

Finally, here’s the thank you that Joanna recently shared with her mom, in celebration of Mother’s Day:

She is full of grace and beauty and has the fiercest love for her family. She may be tiny but my mom is the strongest woman I know. Happiest of Mother’s Day to all Moms today- birth moms, soon to be moms, foster moms, adoptive moms, those who have suffered loss, and to those who have carried others as their own. May you feel celebrated and be filled with an extra dose of strength and grace today. ?

Are Joanna Gaines and Jen Hatmaker related? Who are Joanna’s parents?

Kendall and Kylie Jenner’s net worth expected to reach $500 million, thanks to skimpy swimwear