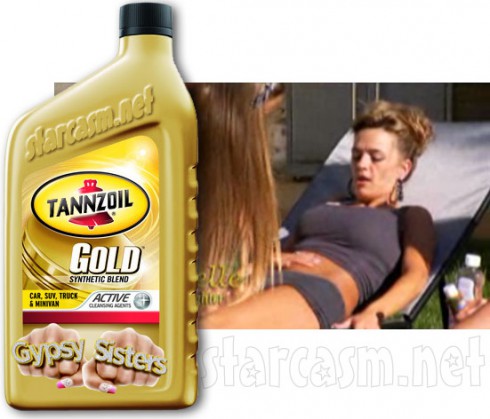 Before the February 10 premiere of Gypsy Sisters, let it be known that advice from the ladies should be taken with a grain of salt. Case in point: During the season premiere, Kayla recommends slathering on motor oil for an extra deep sun tan.

I sincerely hope this goes without saying, but using motor oil as a tanning oil is not recommended by medical professionals. First of all, any tanning oil is dangerous. Because the oil is used to intensify the effects of UV rays, it also exacerbates the negative effects of UV rays. According to the Centers for Disease Control, this can change skin texture, cause the skin to age prematurely and can lead to skin cancer.

And, lest we forget, this isn’t just any tanning oil… It’s motor oil, which is intended for use inside of an engine, not on the human body. Using it to tan may result in UV-damage and some serious skin irritation. 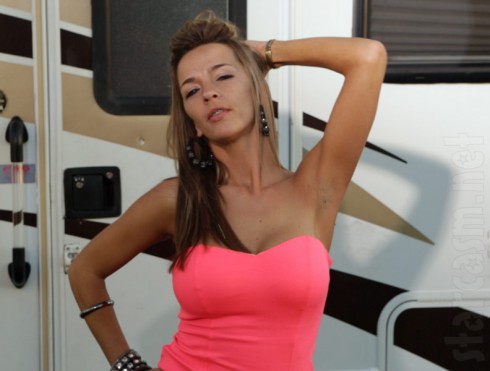 In her defense, Kayla (above), the motor oil fan, admitted the treatment may have downsides.

“I don’t think motor oil is, like, the safest thing to put on your skin,” she says on the show. “But it will give you one hell of a tan!”

But, don’t make a run to the auto parts store yet. Laura, another tan-loving gypsy sister, recommends mixing baby oil with iodine for tanning lotion. Although this is still dangerous, it is a bit more traditional: Before tanning oils were popular, many people made their own by combining iodine and baby oil. The baby oil acts to intensify the sun’s rays while the iodine gives the skin a nice oompa loompa hue.

Again, given today’s information about skin damage and melanoma, this method is not recommended. Instead, consider a safer alternatives to sun tanning, such as a spray tan. Or just accept your natural color! People aren’t supposed to be orange in the dead of winter (or ever)!

This isn’t the first time one of the girls has offered bad advice to the viewing audience: During the episode of My Big Fat American Gypsy Wedding that featured the cast of Gypsy Sisters, Laura suggested a cheaper (and more dangerous) alternative to professional teeth whitening.

“You just take your toothbrush, wet it, pour you a little bleach up there,” Laura said before scrubbing her teeth with the dangerous chemical.

So, even though those methods of personal hygene aren’t safe to do, I think it is safe to say this will be a very entertaining season! Catch the season premiere of Gypsy Sisters on TLC on February 10 at 9/8c. Click here for photos and bios of all the “Stanley Sisters!”